Read the previous and the first post Thane to Dapoli here.  From Dabhol jetty, we rode towards Anjanvel gaon. And from there a road goes to the left towards a small village.

Some photos from the Dabhol 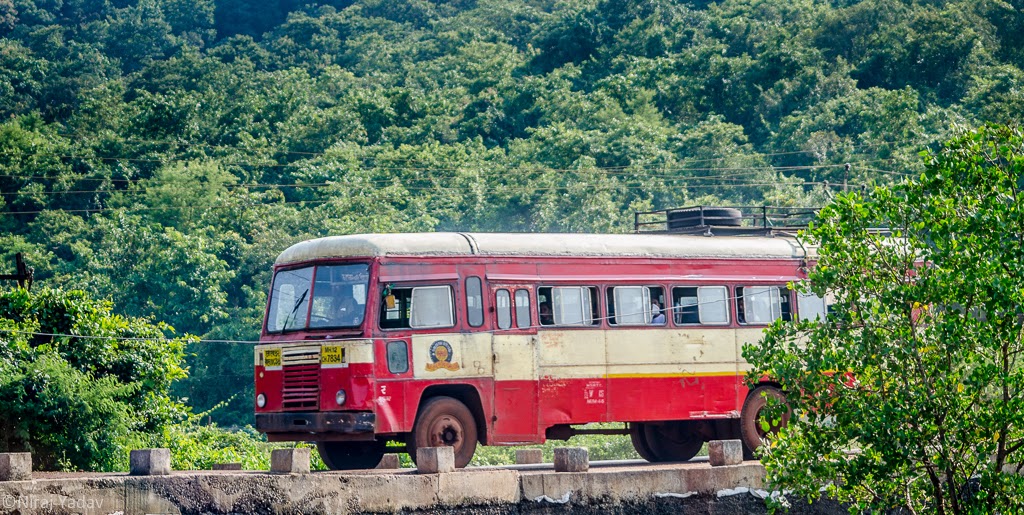 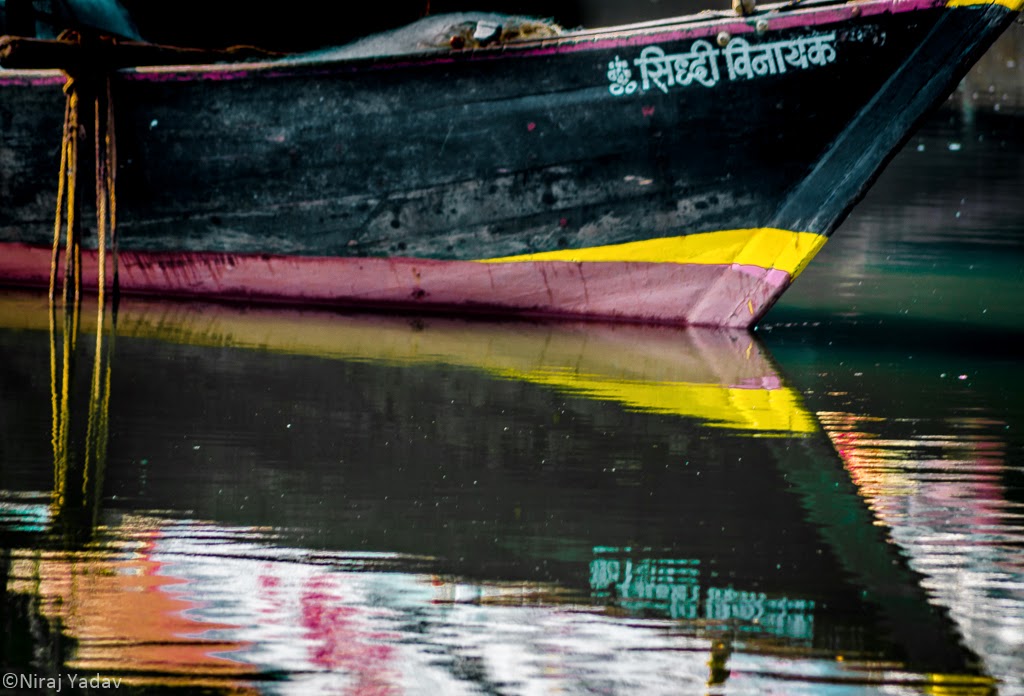 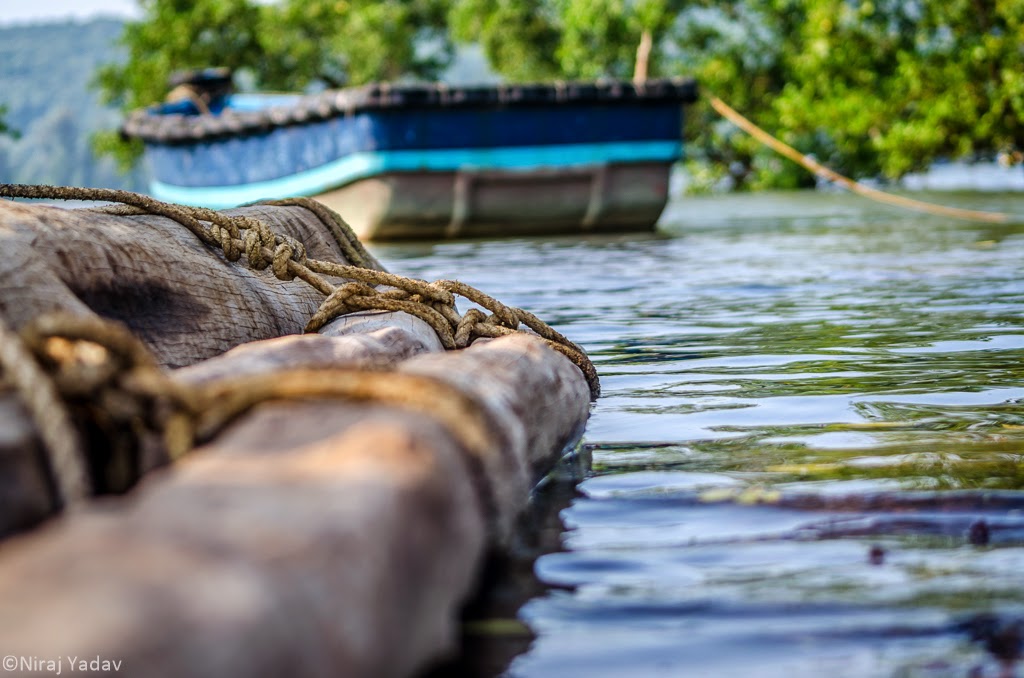 I believe this brings lots of memories for many of us! 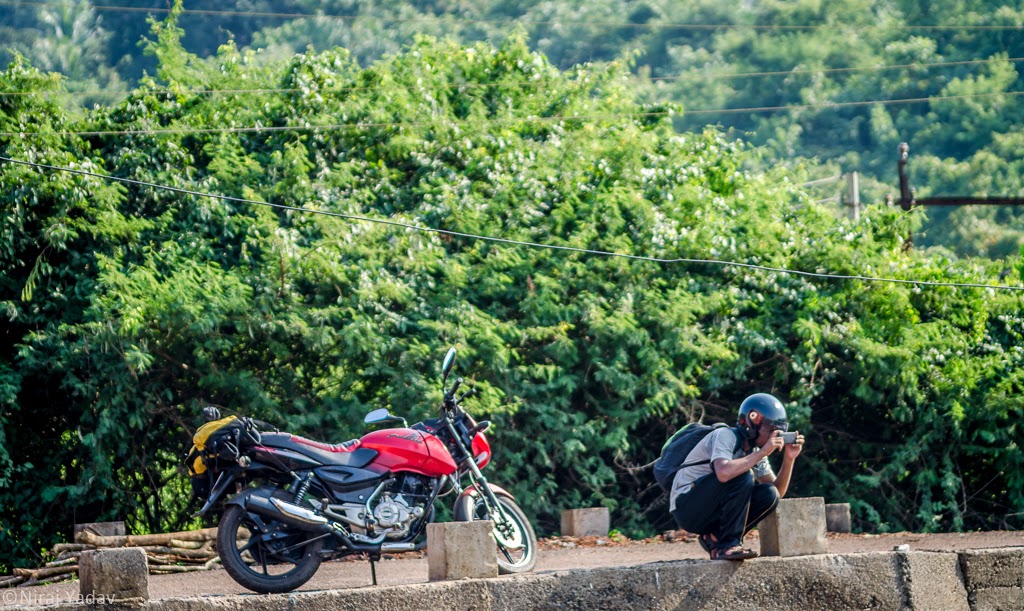 Vishwanath busy with his Camera 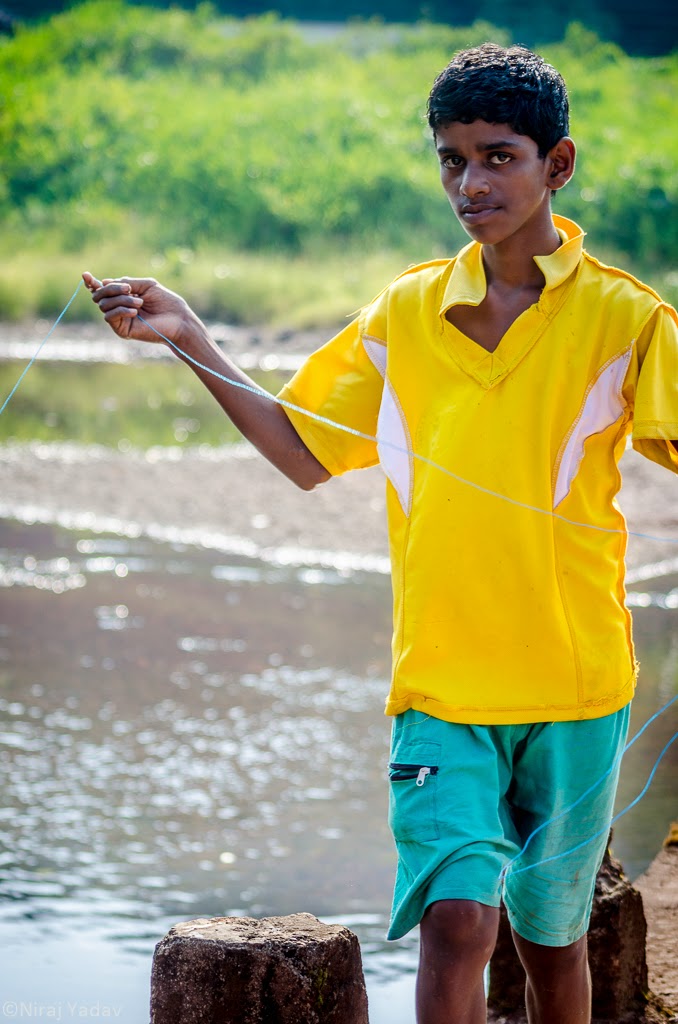 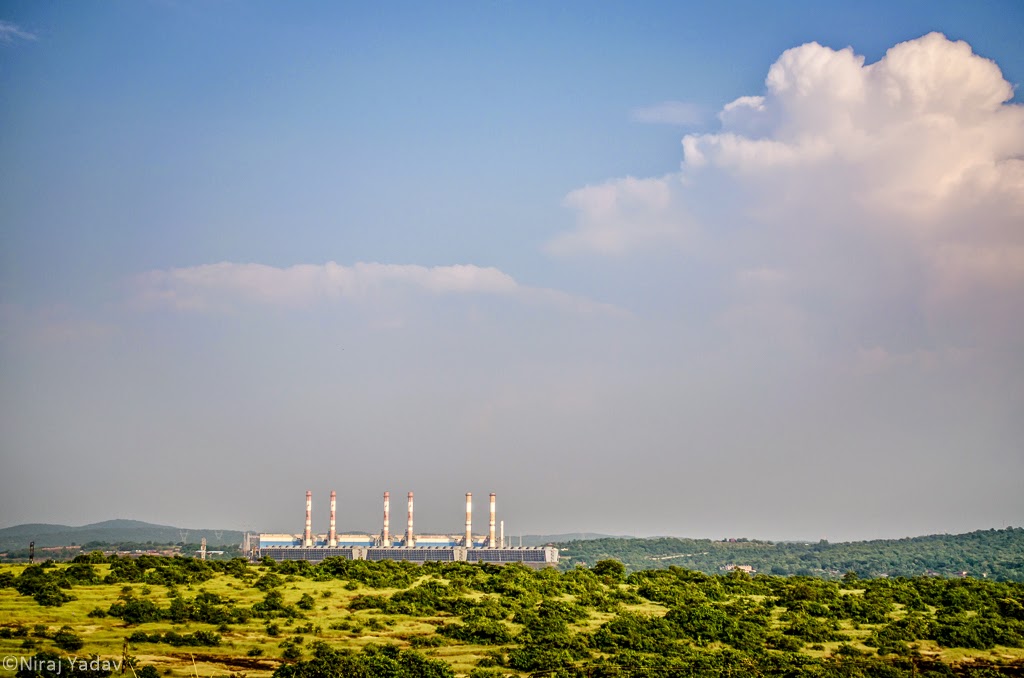 After the village, a kutcha road on the left takes you to Anjanvel lighthouse.

The lighthouse is at the end of the plateau. Gates leading towards the lighthouse was closed. I waited outside with bike and luggage while Vishwanath went inside and returned with the good news.

Almost all the lighthouses remain open from 3 PM – 5 PM. And we were there around 4:15 PM. Took my bike inside and parked it there. The place seemed deserted but it was nicely maintained.

Loved by readers: 5 travel tips that will keep you fit on the road

The compound had beautiful flowers blooming. But the keeper was nowhere there.
I was wondering who did Vishwanath talked to. 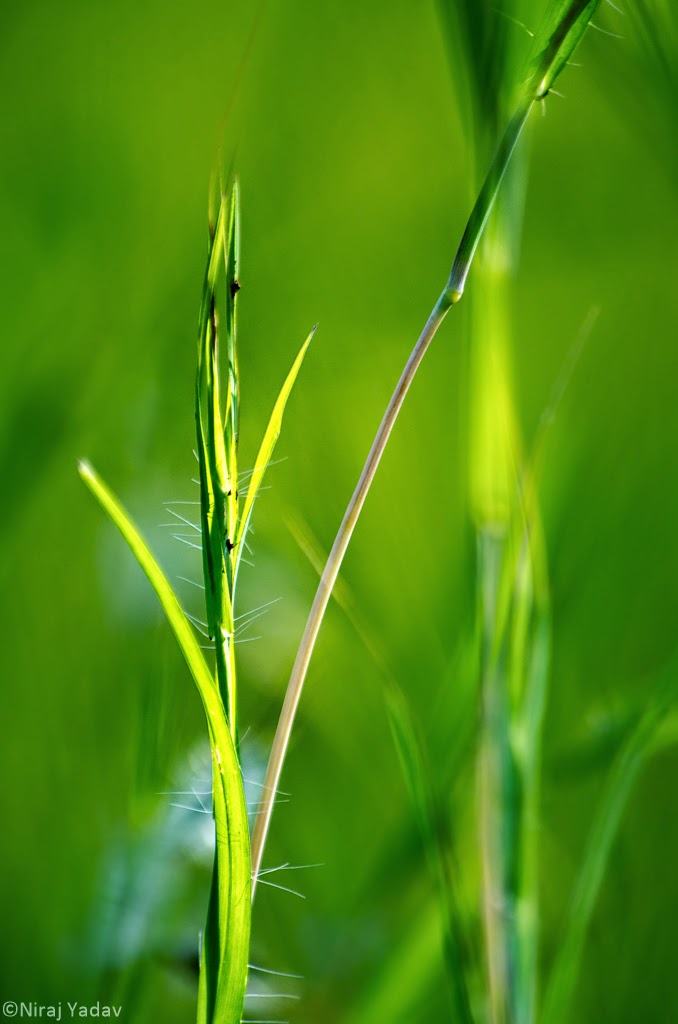 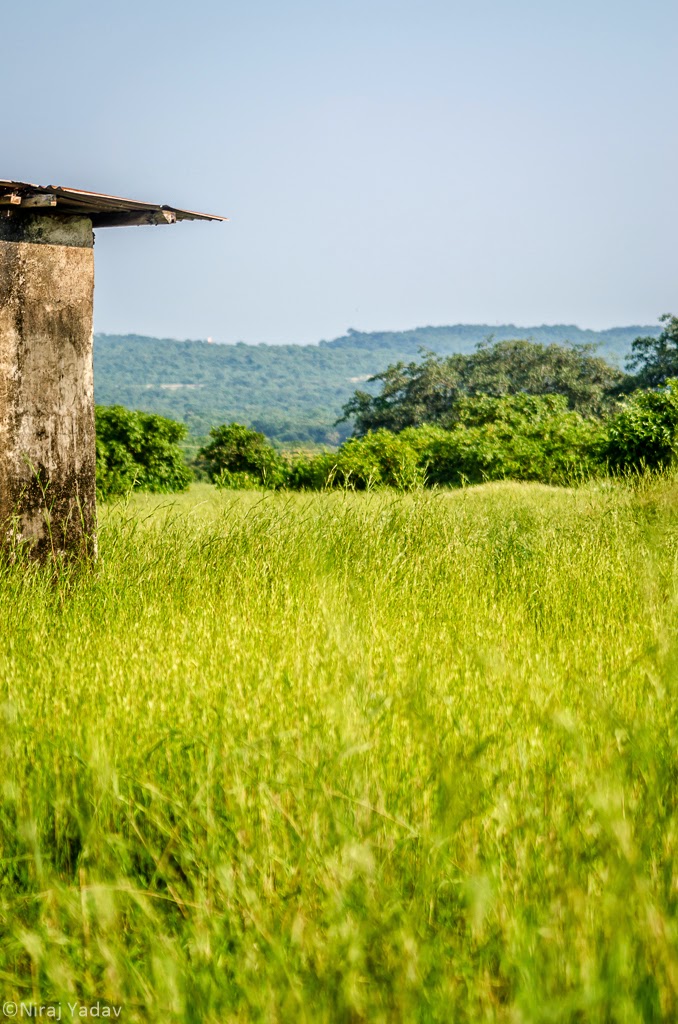 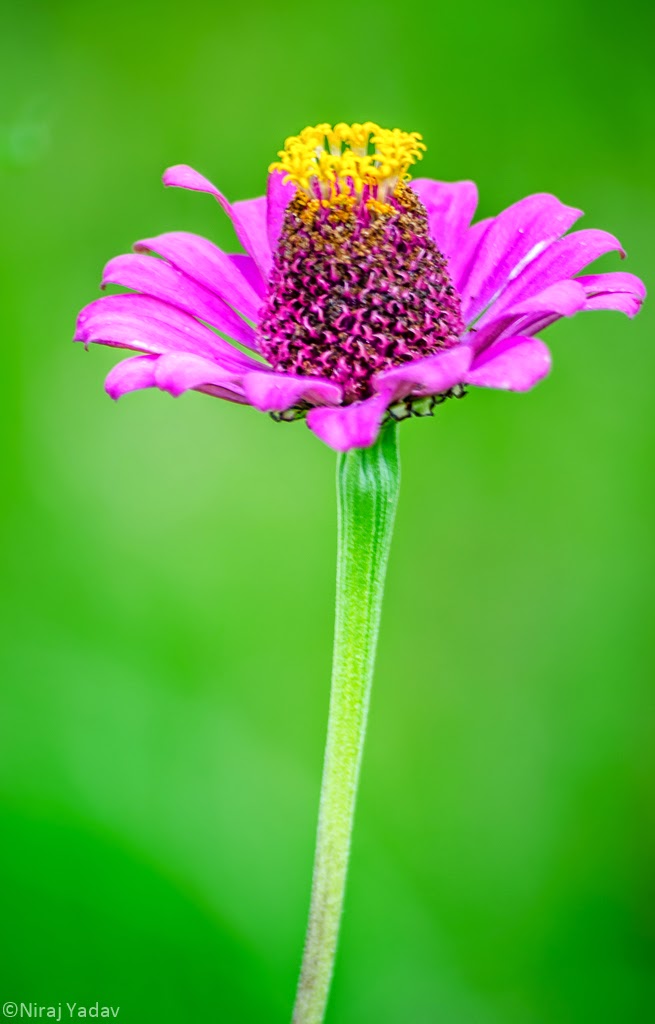 Flower inside the lighthouse garden 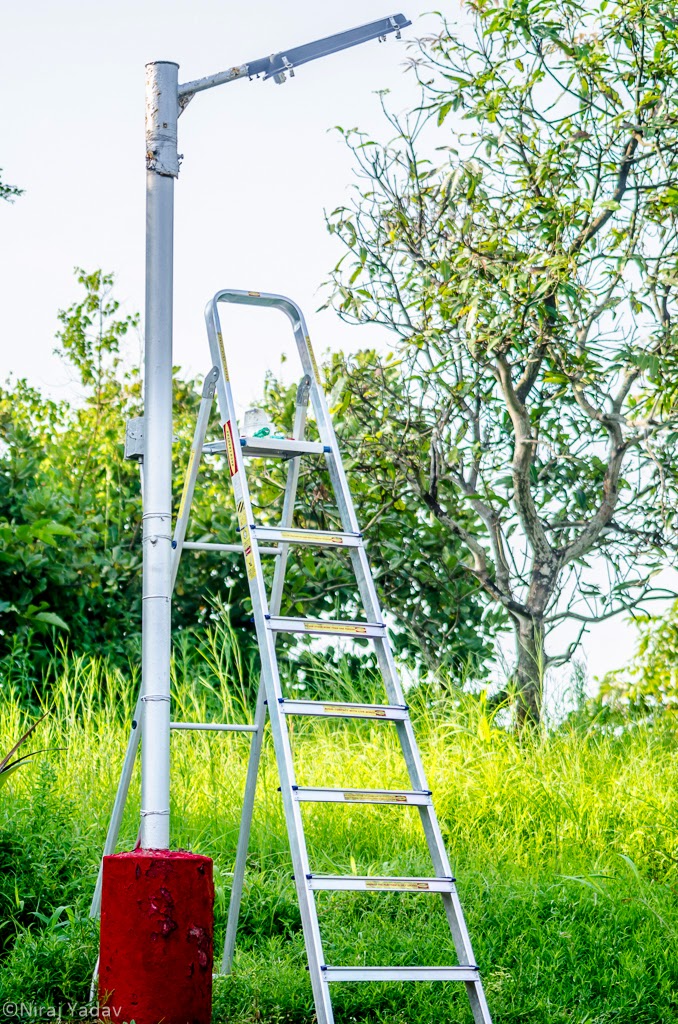 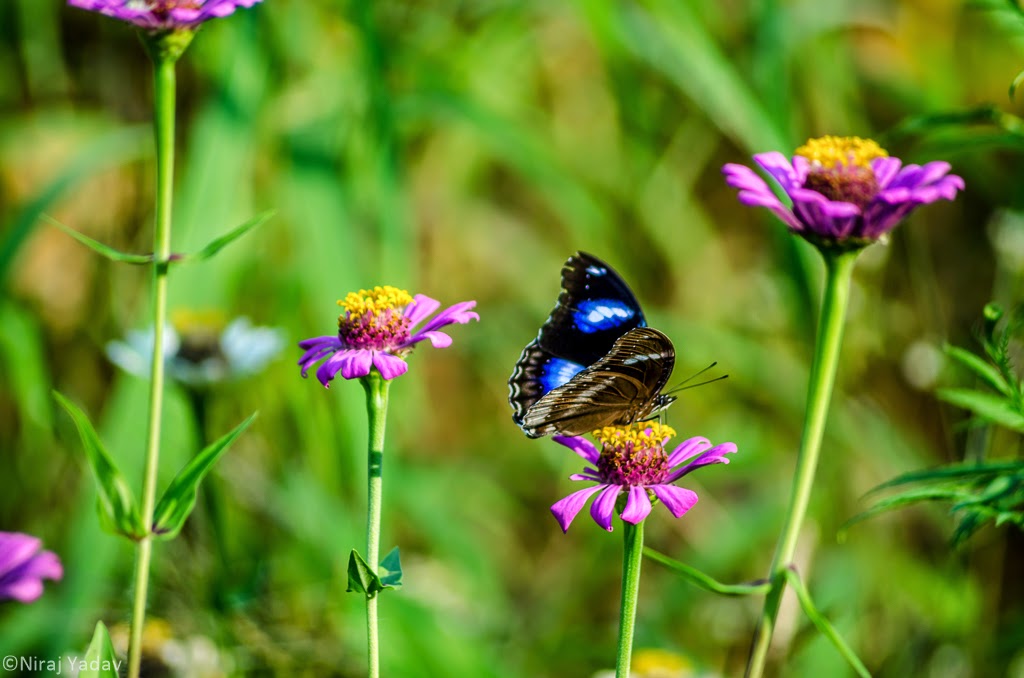 A man came out from inside a small cottage where I was busy with my camera. And he started yelling ‘Maine sirf tum dono ko andar aane bola tha, bike kisne bola andar laane ke liye. jao bahar park karo bike’ Now I found this completely illogical and I didn’t give him a look and continued with my camera.cHe repeated again in a more harsh tone. Giving a hard look for his arrogance, pushed my bike on the man built small interlock pathway running towards the gate and parked outside.

I had to untie all the luggage and carry with me. An old man came out from another cottage dressed in ganji and took some sort of Fireman like a shirt from the hanger and asked how many were we?

We said ‘Two’. ‘Okay’  he said ‘Rs.20/each’. Handed him the money and walked behind him upwards in the lighthouse. Small narrow stairs lead you to a small round closed room with machinery painted green in the middle and lots of prism glass.

Multiple batteries and other electrical gadgets were lying in the left corner. He started explaining the working of the lighthouse and that every lighthouse has a fixed frequency at which prism rotates. 3 bulb in the centre emits light surrounded by 3 sets of big prism glass. At the same time, it keeps on rotating thus emitting 3 beams of light in one minute. Now, this is the code that fisherman uses to locate Dabhol. Lighthouse in the night can be spotted from 30 km in the sea. 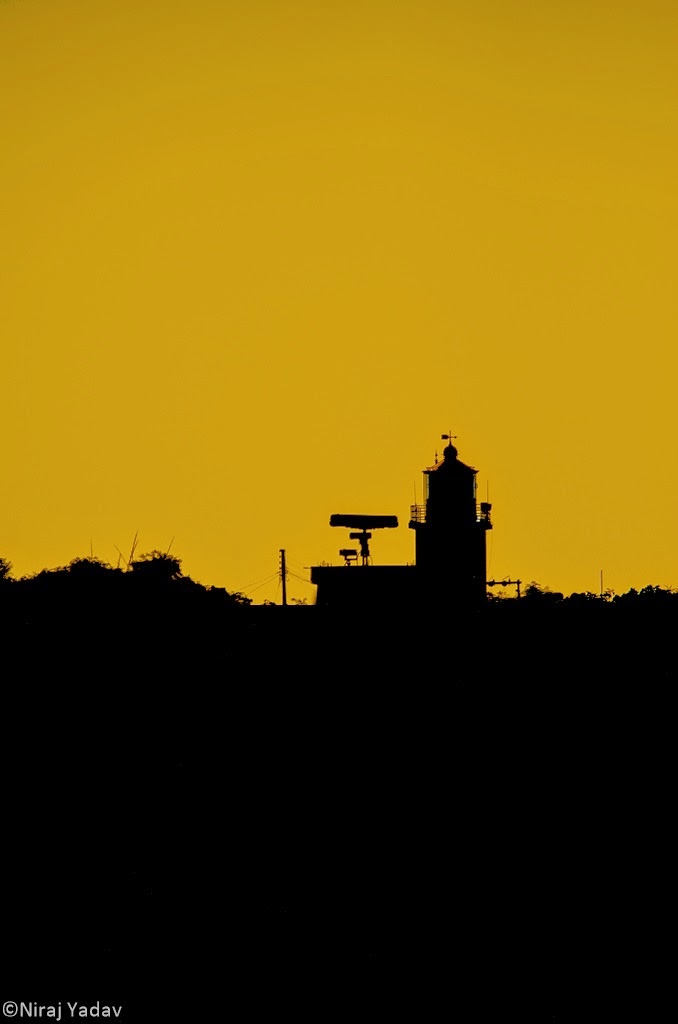 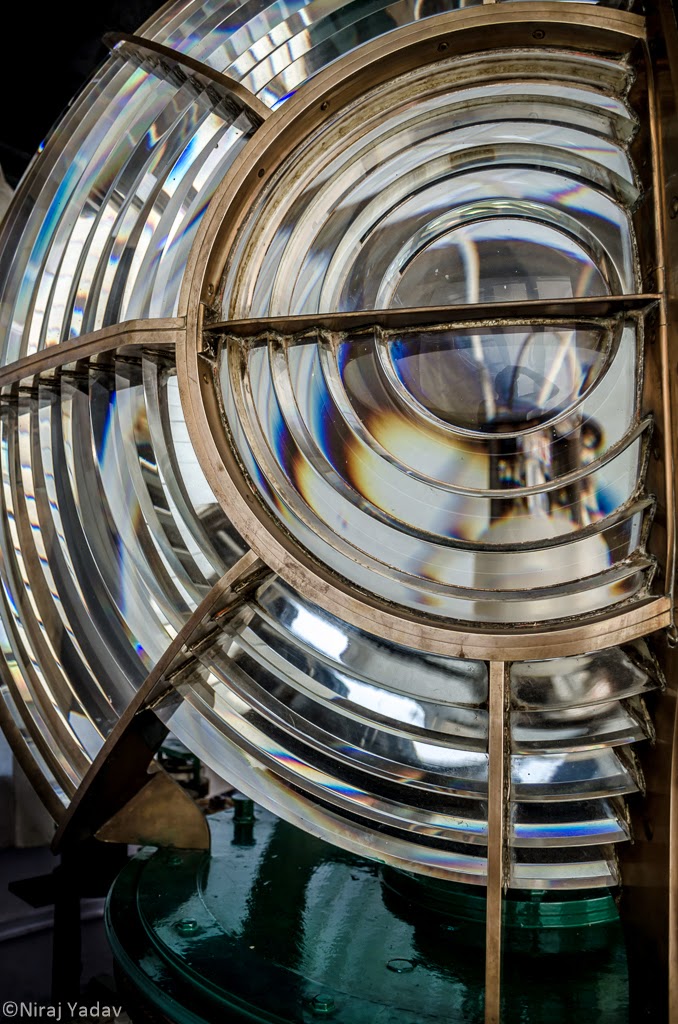 Prism lens inside the lighthouse

From that small room through a mini door came out to see the amazing sea-view. 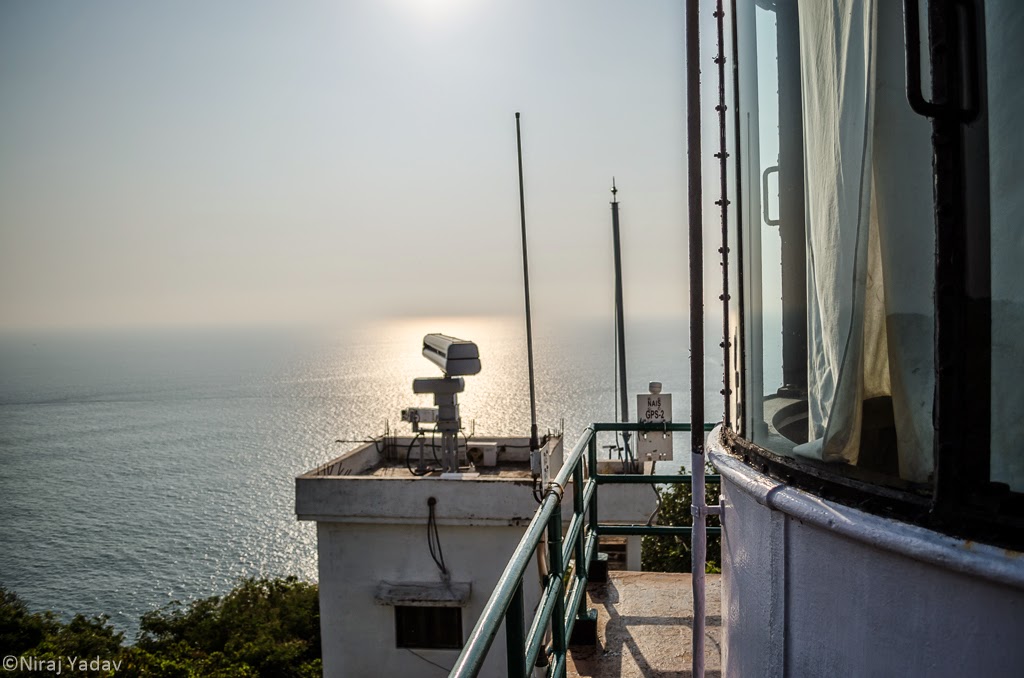 Sea views from the lighthouse. Apparatus in the small tower ahead is RADAR 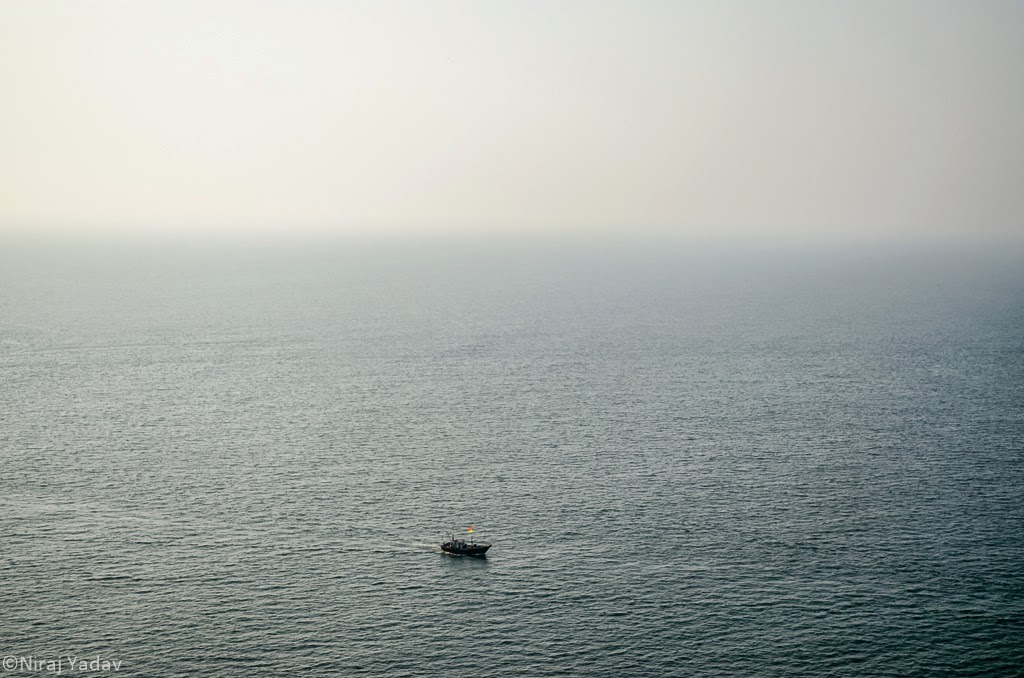 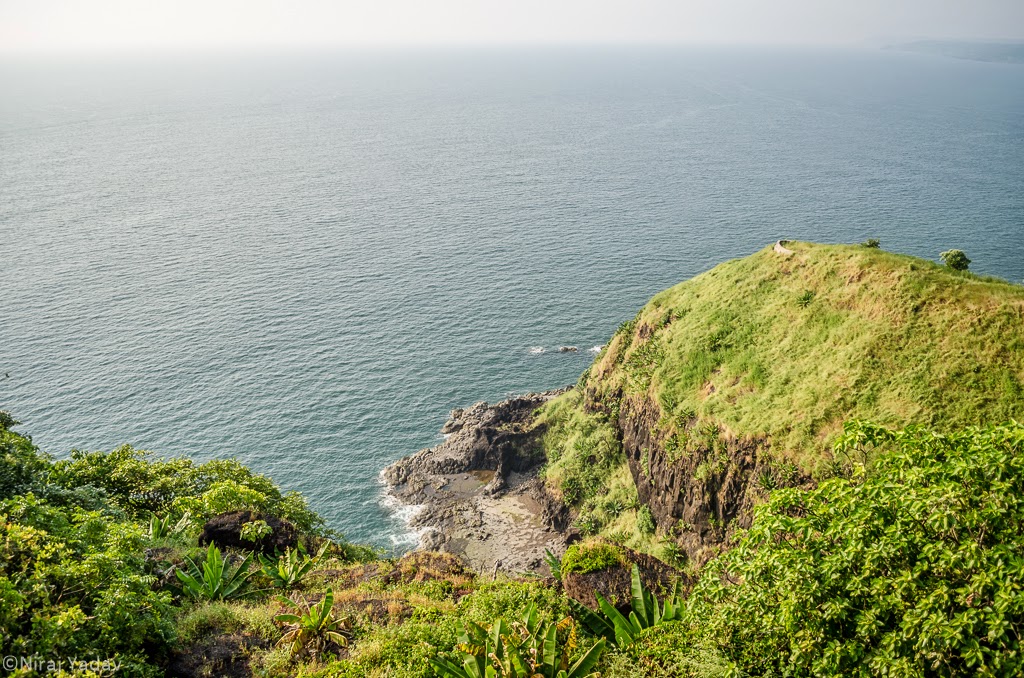 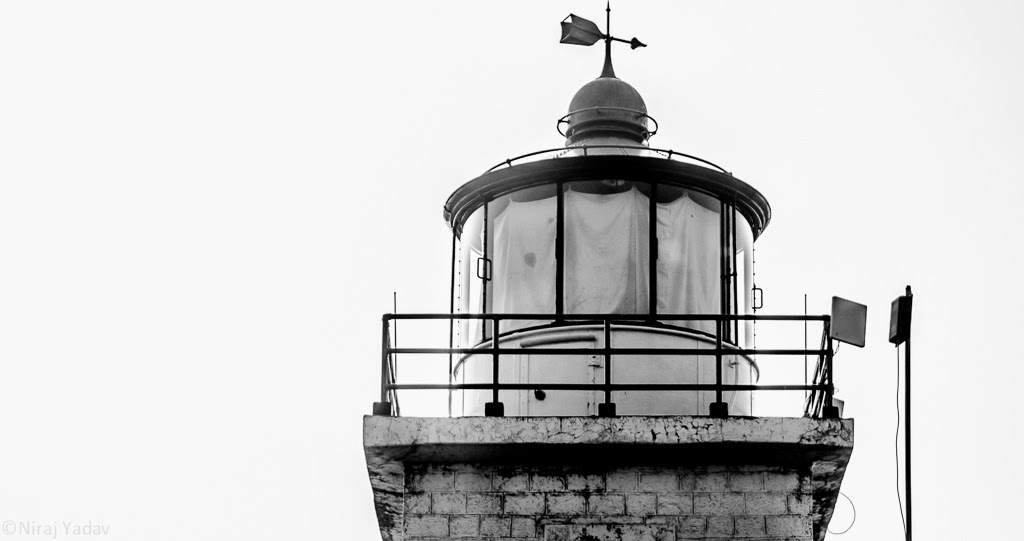 It was a good learning session for us.
Packed our stuff and continued towards Guhagar our last spot for the day.

Read the next part  A beautiful evening at Guhagar beach!