We had to start early from Malvan. Today’s plan was to visit Sagar Sangam and via Vengurla reach Goa. Woke up early in order to capture the shared bathroom and toilets. This is what we do when these things are shared. Morning was chilled and so the water. There was no warm water facility for shared bathrooms. With my shivering body and shivering hand lifted the mug and placed down. Repeating this reluctance multiple times gave me the needed warmth which made my bath easy 🙂

Packed up and left the lodge, took the road which goes towards Sagar Sangam. Sagar Sangam is at the mouth of Devbag backwaters, a 10 KM peninsula like stretch. The road was misty. School going children on cycles made the scene interesting. 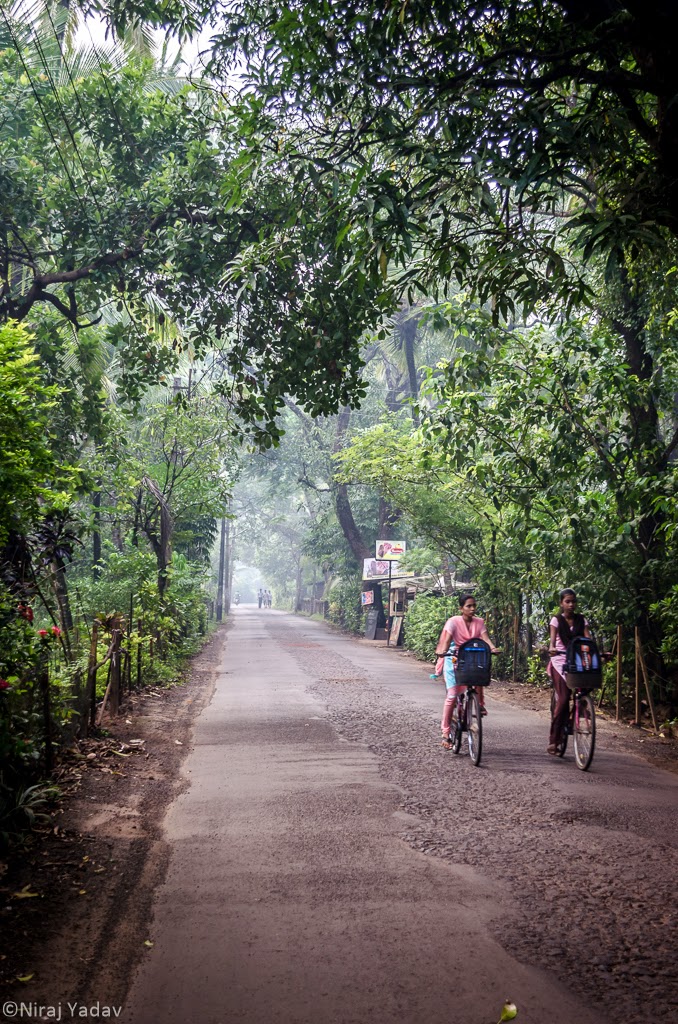 At Sagar Sangam, the silent Karli river meets the Arabian sea. Beach is not too long but white sand and water sports are active there.

There are options for Dolphin show, they take you in a small boat some distance away from the shore where dolphins can be spotted. Another point of interest there is Sindhudurg killa.

It is fortress build strategically in Sea. It is difficult to spot the entrance of the fort and people believe there is a secret pathway from the fort to the mainland. It takes around 15 minutes on the boat to reach Sindhudurg killa.

We decided to stay on the beach, sit peacefully and watch the extremely slow water river blending in the seawater. Spent around one and half hour and had our snacks at the small shop right at the entrance of the Sagar Sangam. They keep nice tea and kanda poha ready.

Our ride at Sagar Sangam 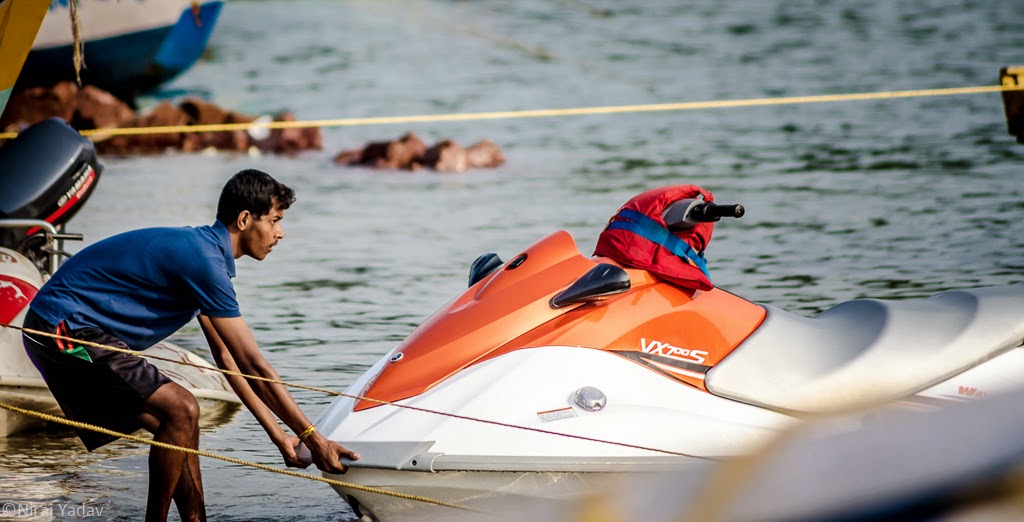 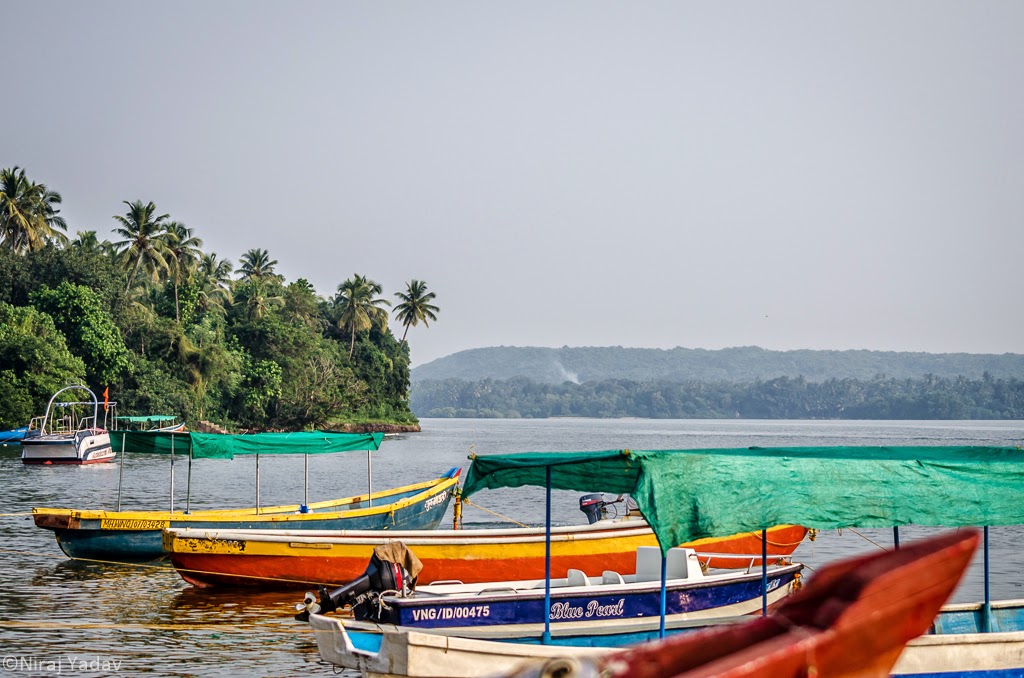 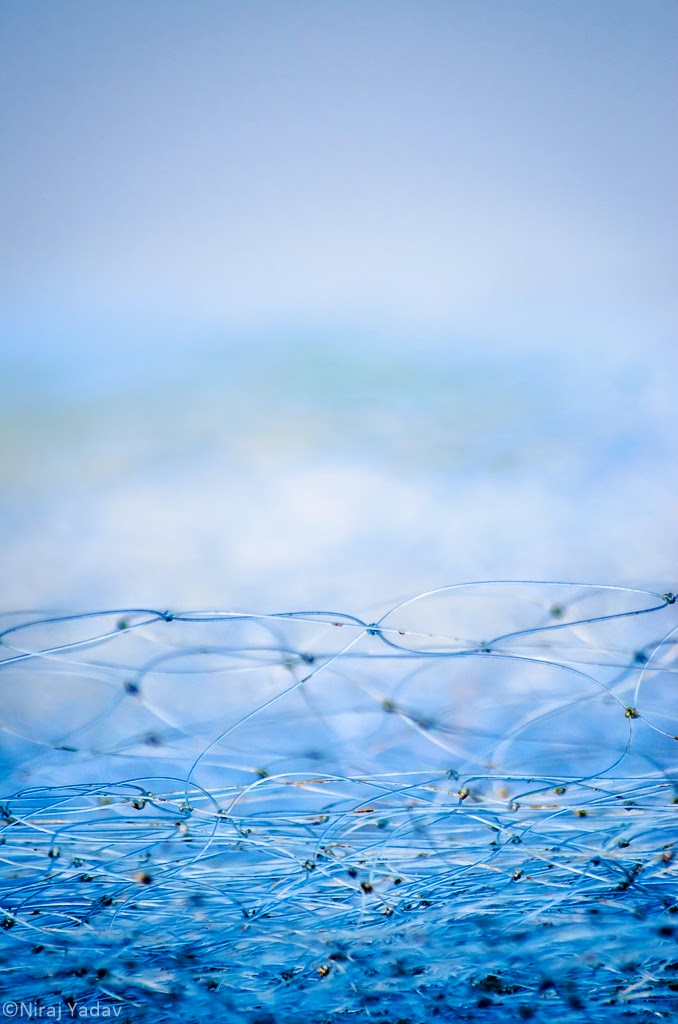 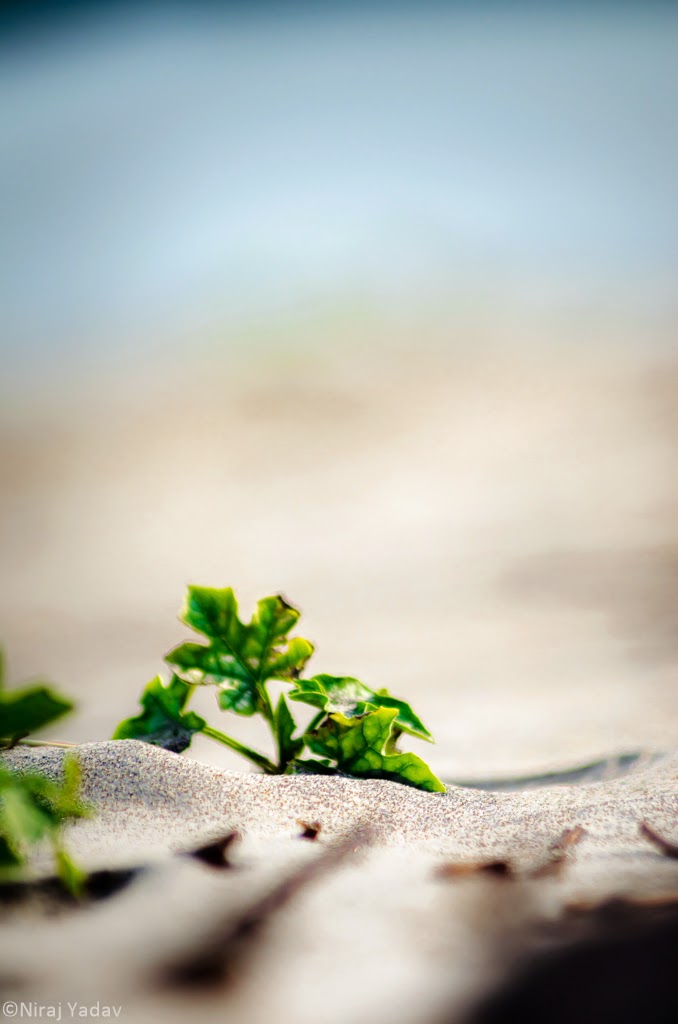 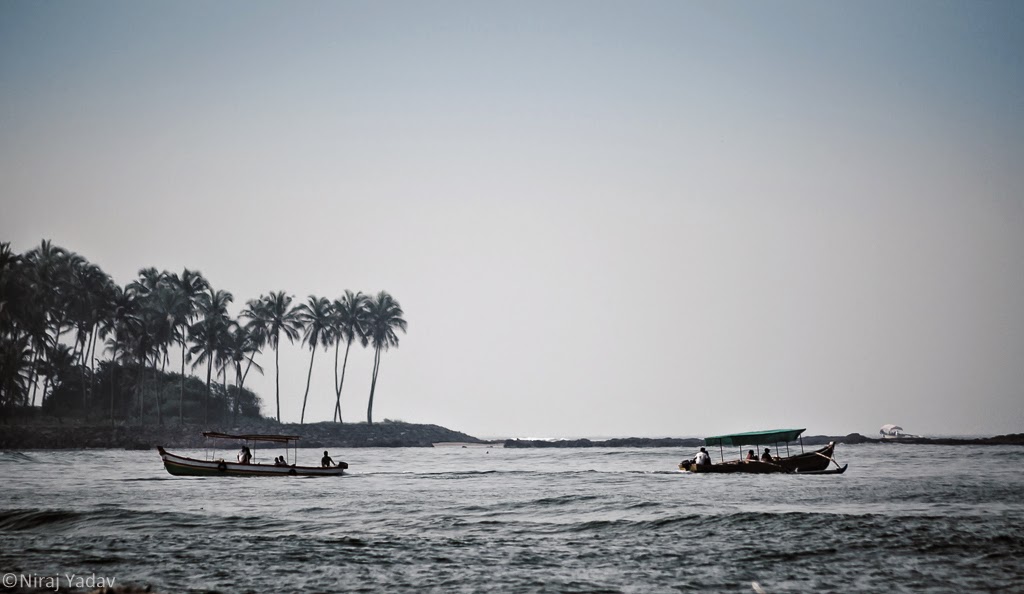 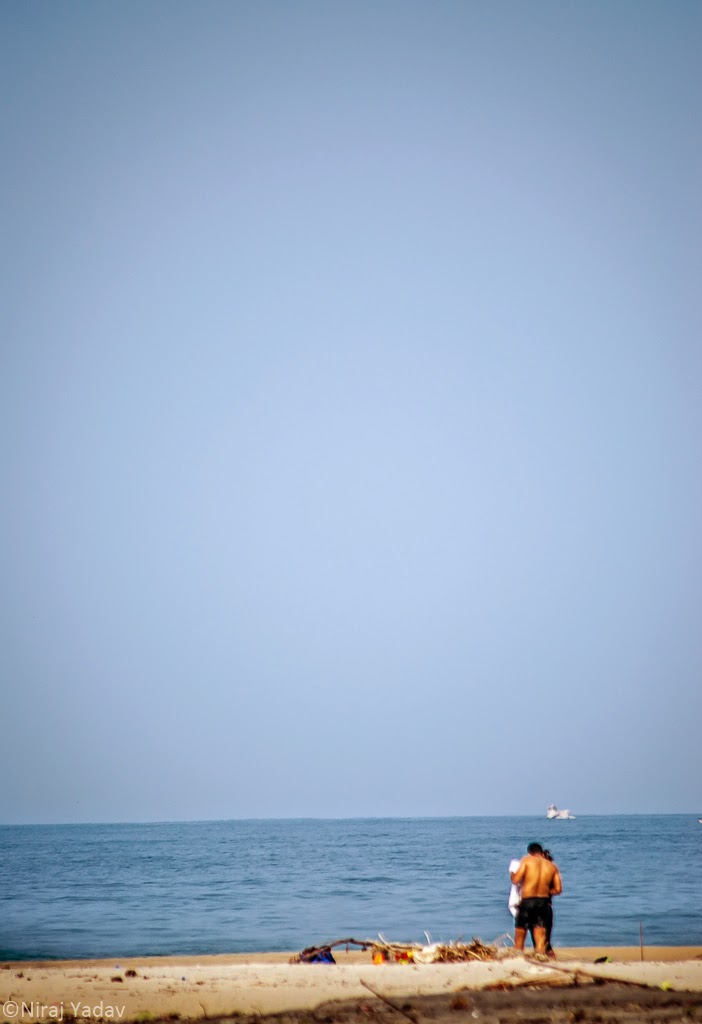 Back on the bike, our next location was Vengurla. There were two routes. One was to go back Malvan city ride some kilometres back and take the state highway.

Second that we spotted in the Google maps. It seemed to be good shortcut starting from Devbag and moving along Karli river finally meeting Sagari Mahamarg at Chipli bridge.

We decided to take this route as this would save almost 20 kilometres.
But this was a nice piece of mistake. On the Google Maps GPS, we passed the right turn but could not spot the road. Took U-turn and tried again but again missed the turn.

We thought the map is misleading so asked a local he pointed the gap between two small houses and warned that it rained yesterday and road will not be good for two-wheelers.

He was right, the road was muddy and our wheels were getting stuck now and then. To add, both sides of the road had kaanta wala ped which gave nice marks on our face and arms.

After a few hundred meters we decided to return and take the second route. Came back and took another route which is the third route. 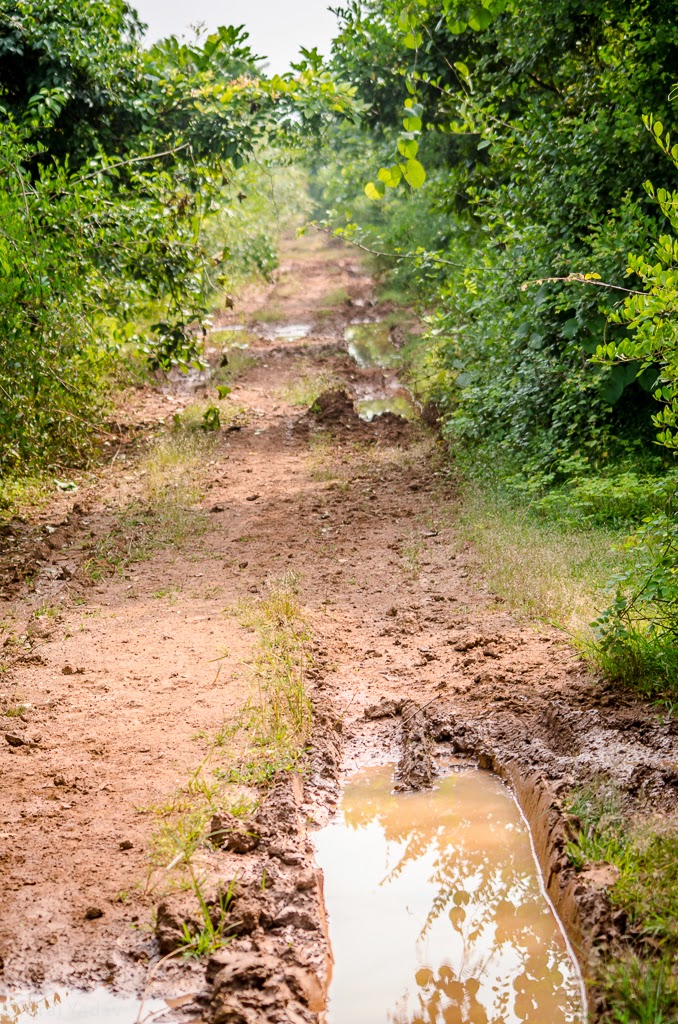 A shortcut from Devbag Sangam towards Vengurla. Do not take this road during high tides.

It was an interior route and roads were Ok. Soon we joined MSH 3

After a few kilometres, we took right for Vengurla. Vengurla is around 25km from highway and route is quite scenic. Some stretch of roads were good and some poor. 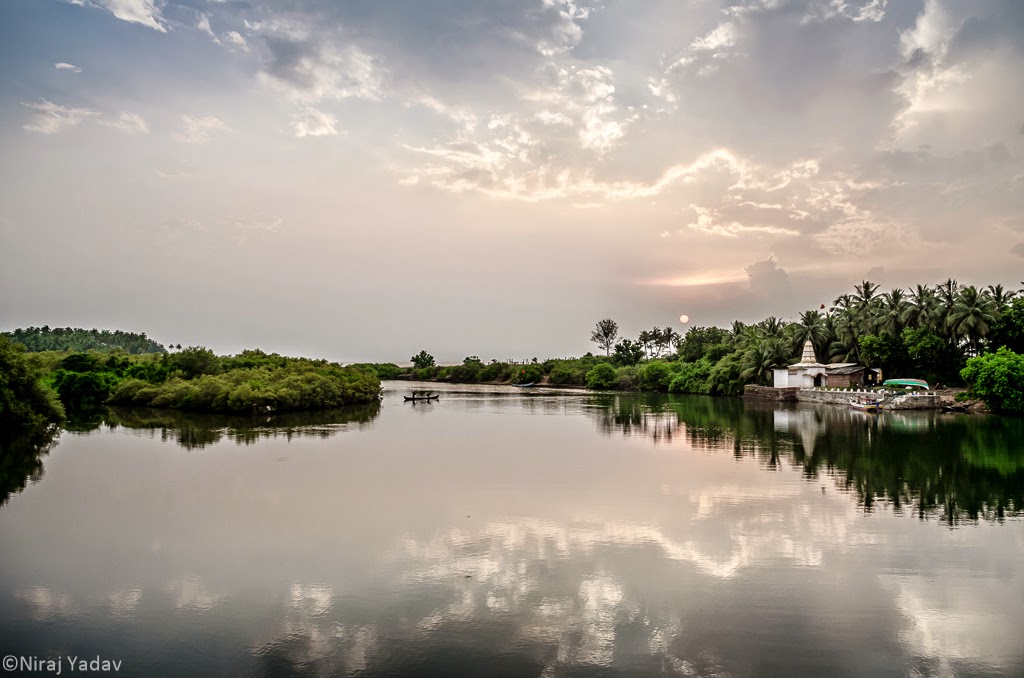 A village temple on the bank of Karli river 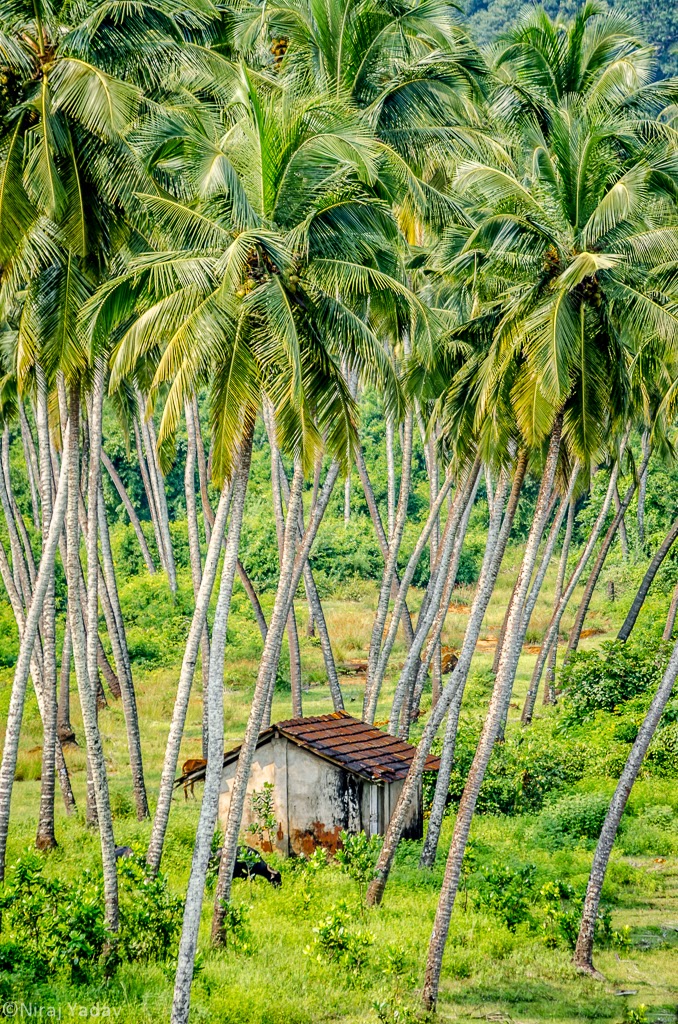 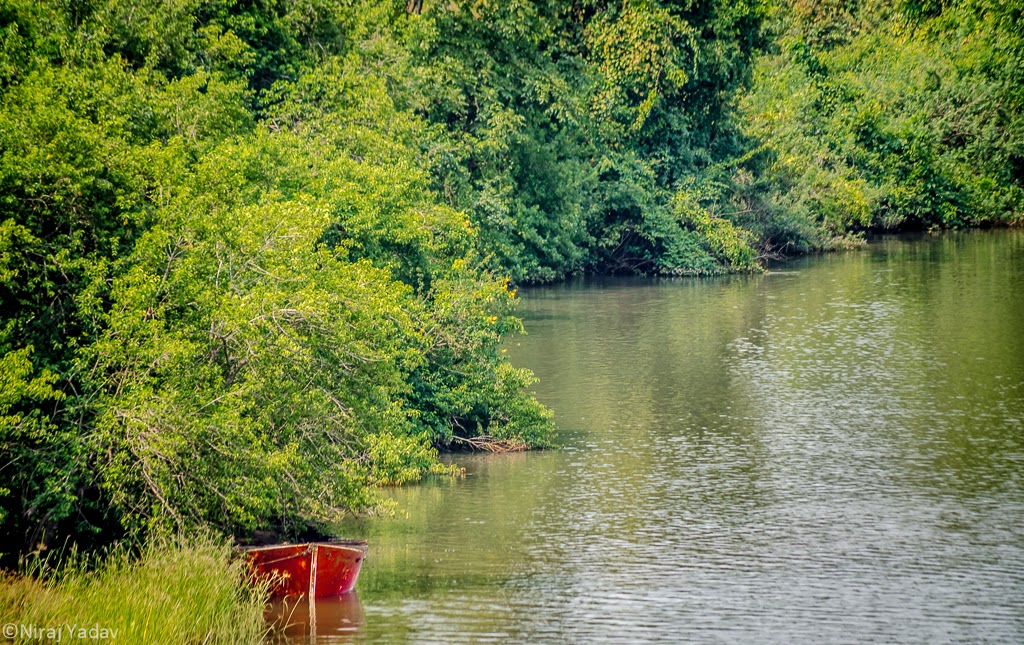 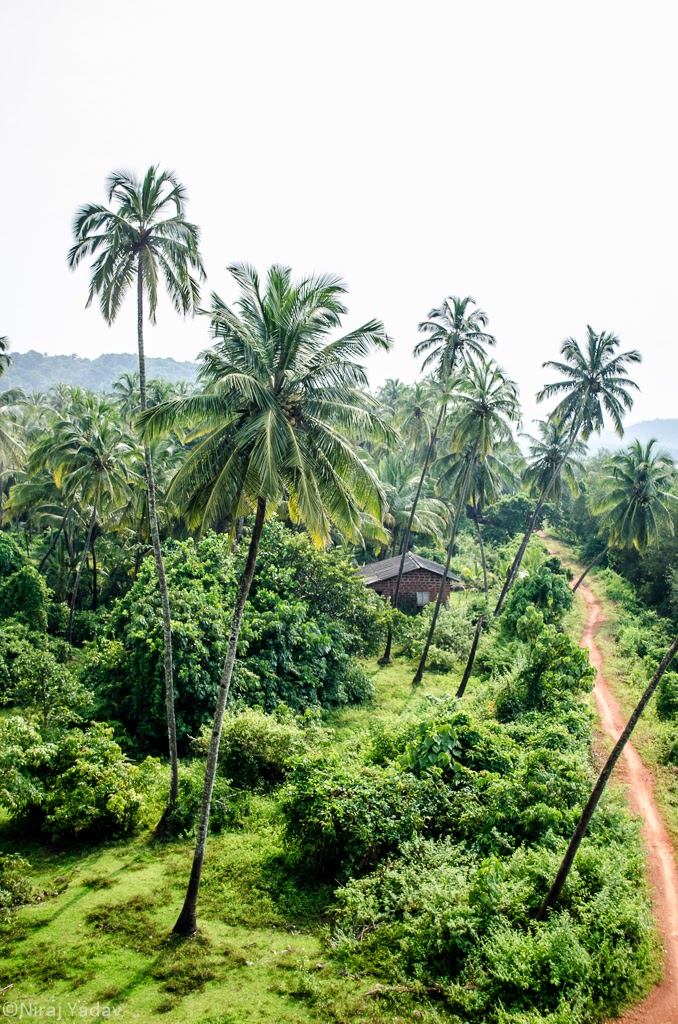 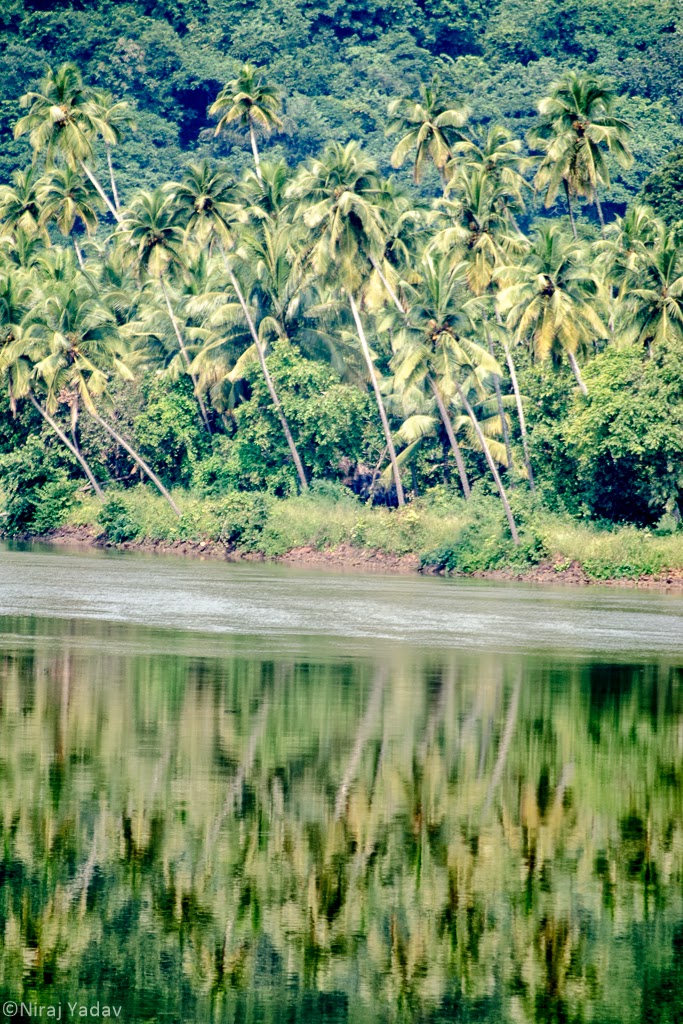 We reached Vengurla Bandar around 12 PM. Tried our camera there. Sat for one and half hour and left for Terekhol Fort. 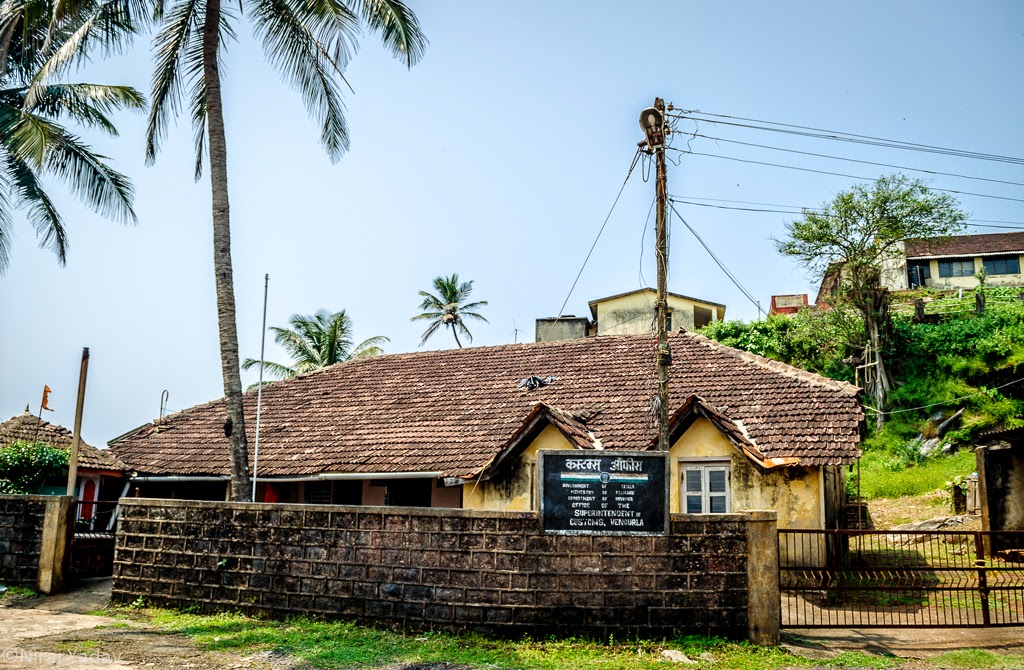 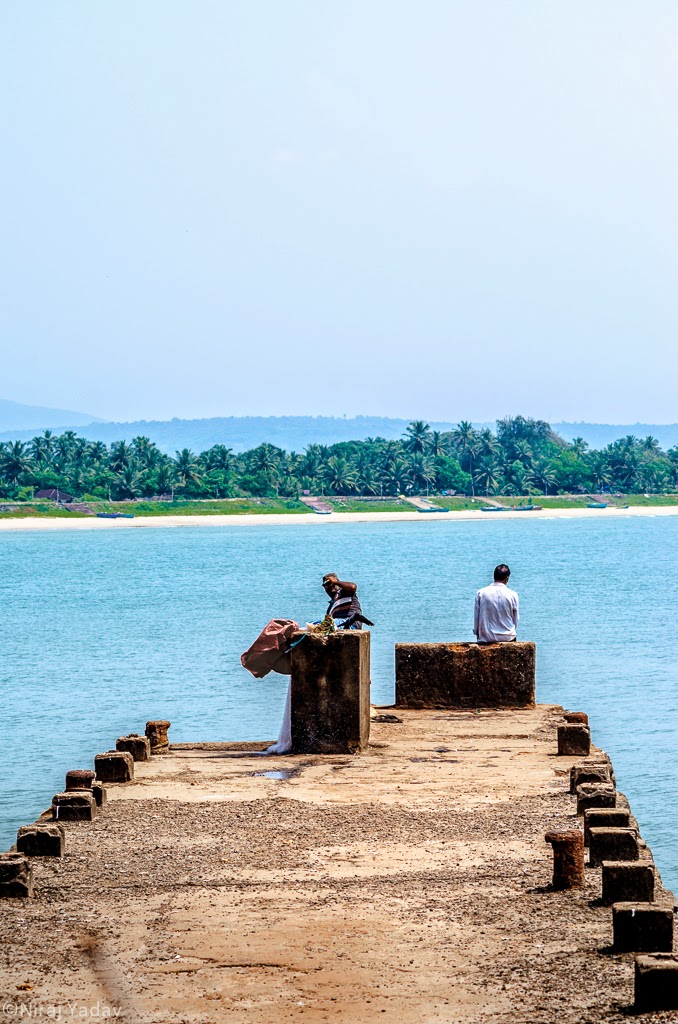 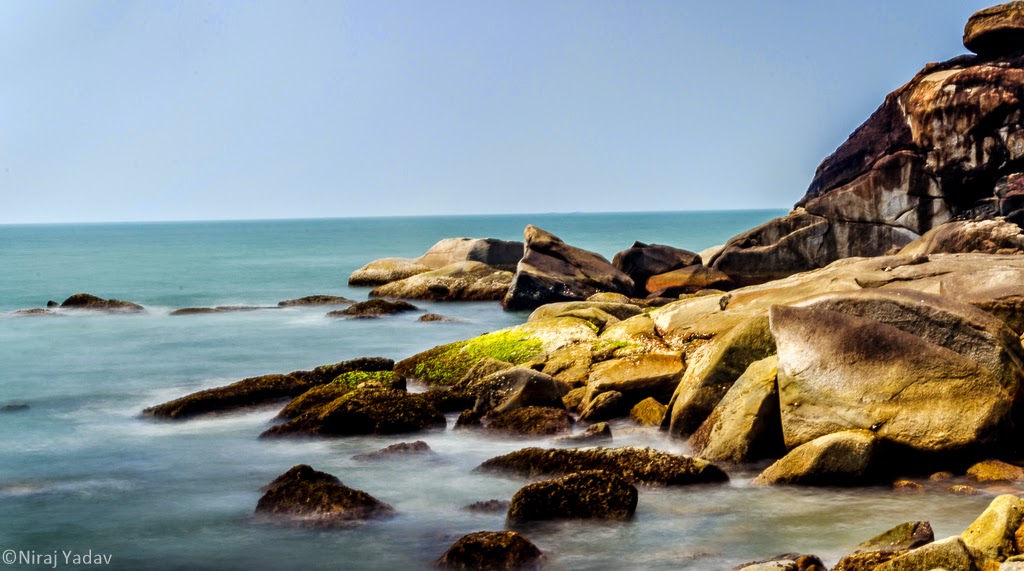 Went in Vrindavan, the restaurant in front of Mapusa garden, for Vegetarians in Goa, this is a good option.

We hit Goa around 2:3o PM and stayed at Calangute

It was around 2:30 PM. Plan ahead was to visit Dudhsagar falls and come back the same day. Called a Goan friend and he suggested not to start at this time as the road goes through dense forest and roads are not proper. Returning may be a problem. So we decided to roam today at nearby beaches and start return journey tomorrow morning.

Went to Calangute beach and secured a room at La Bamba just next to the beach. It was an extended vacation and people were pouring in. The crowd was immense and so the charges. We paid 900 for a single room. For the evening we had plans for Vagator beach. Route is around 8km but the traffic stretched it to 1 hour and similar was the returning.

Top things you should do in Goa

Well, the answer is not as simple. It all depends on your purpose but I recommend you to try below things,

Hire a scooter and hit as many beaches as you can. Some recommended beach are Arambol, Vagator, Baga, Calangute, Anjuna in North Goa.

Nightlife is very active around Anjuna, Baga and Calangute. There are a number of pubs on this stretch attracting a large number of tourists.

A little away from North Goa, a visit to heritage churches and temples in Panjim is recommended. Tourists also take river ride in Mandovi river and cruise experience. Read more about activities to do in Goa. 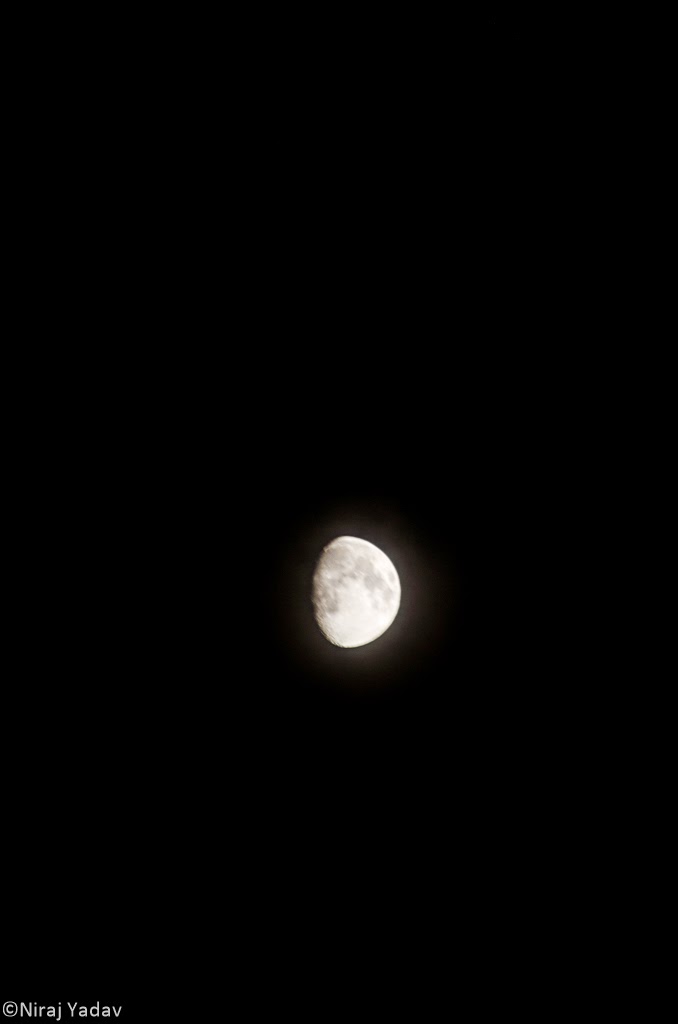 Left the guest house at 6:30 AM next day. Morning was cold with slight fog and empty roads. Quickly we touched National Highway through Mapusa. Went to Petrol Pump but he refused to accept cards. Keep your cash ready for Pumps outside Mumbai, Pune.

Rode towards Sawantwadi and took right for the Sawantwadi city. From here we took Amboli Ghat, Nippani, Gadhinglaj, Kolhapur route. This route of 200km burned our time as some stretch of road were really bad. Once we were on the Mumbai Banglore highway everything seemed so easy. Had our lunch at Kolhapur itself and rode the whole day to get back in our nest. 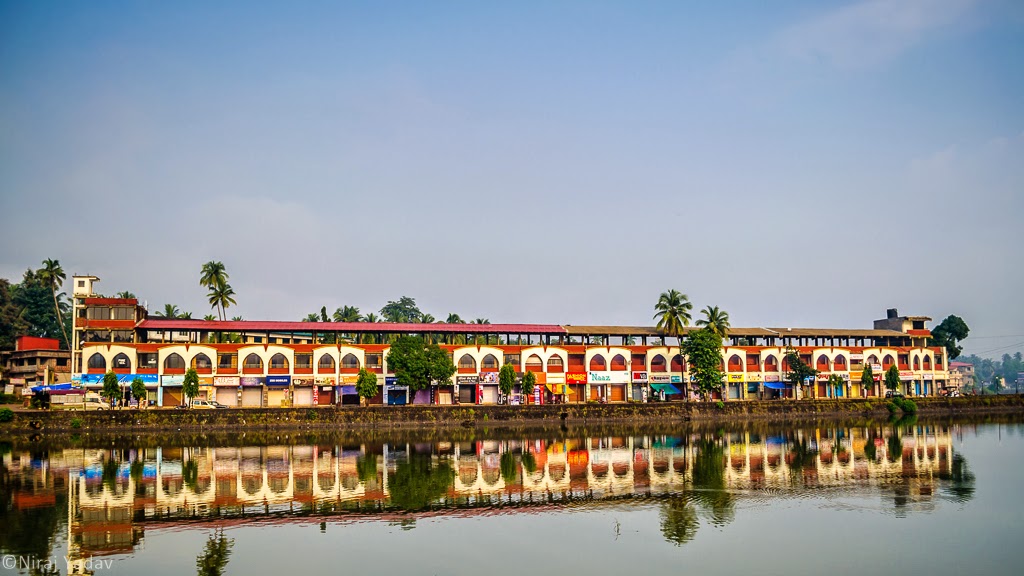 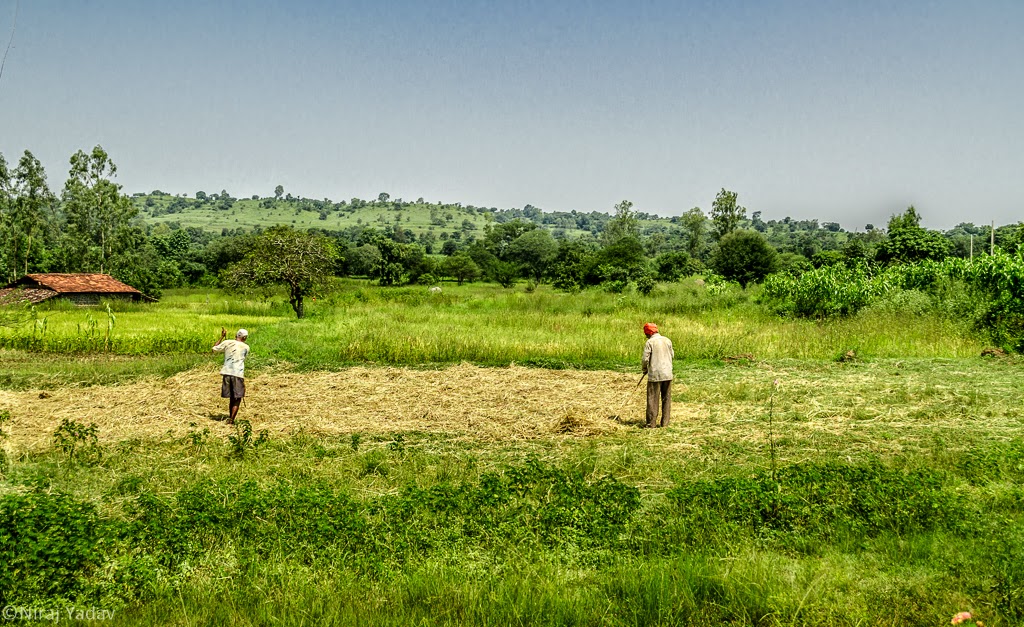 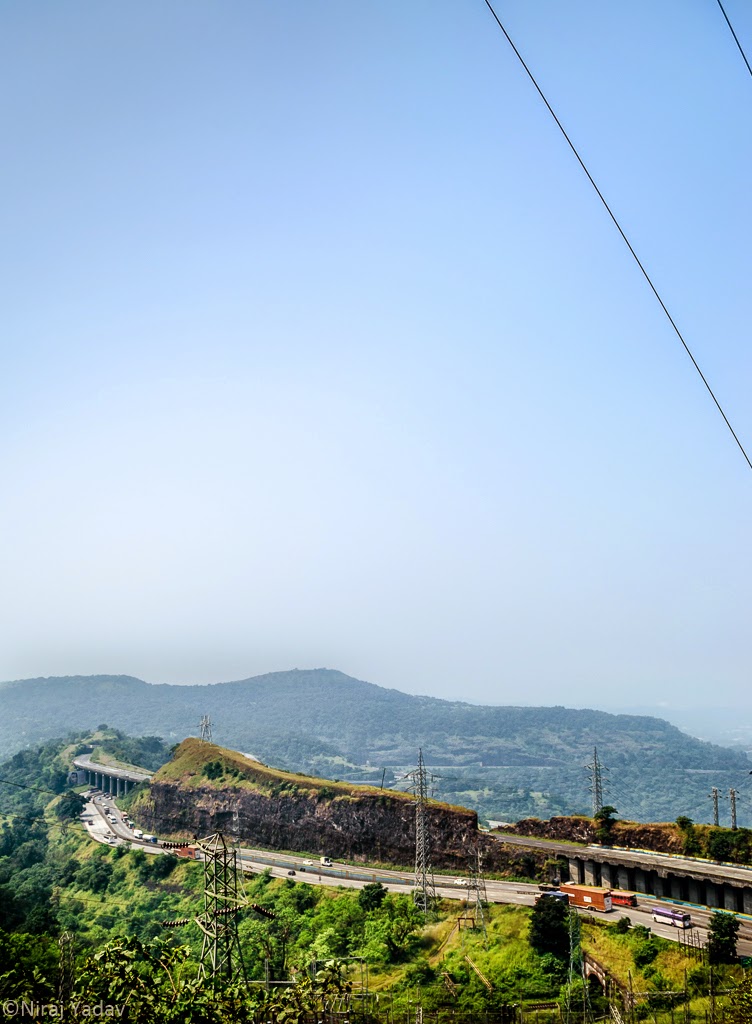 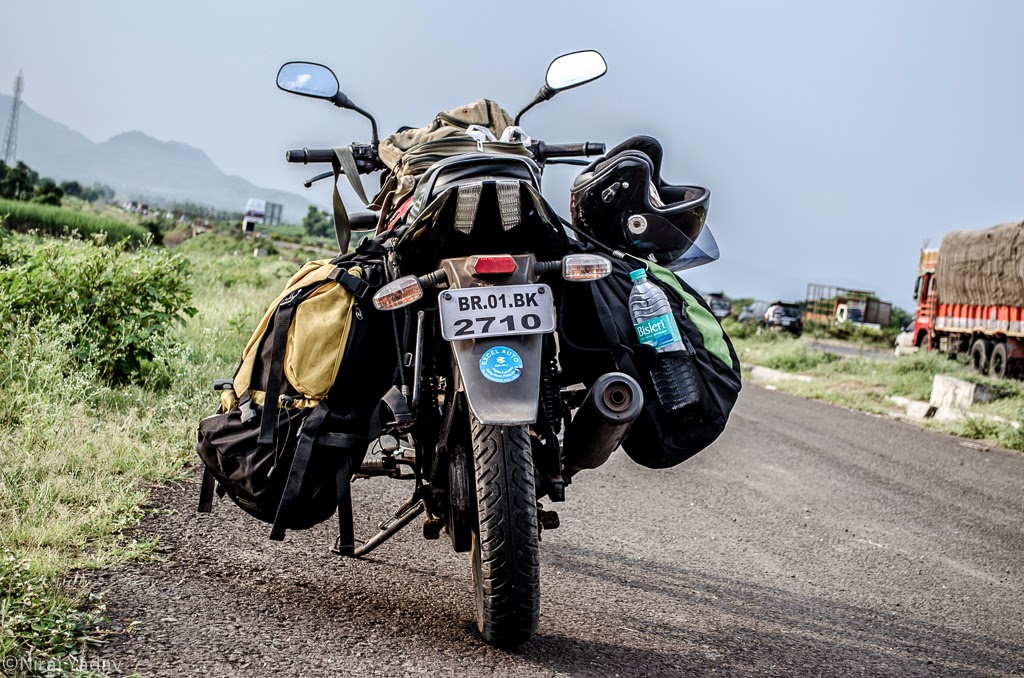 Do comment about the travelogue in the box below.

You can also email me (budgetyatri@gmail.com) for any queries around the itinerary and roads.