Back on the saddle left Kurukshetra early morning. Read previous posts of this series Delhi to Shimla, Shimla Narkanda, and Amritsar post. Ride till Delhi was super smooth and zero traffic. Delhi to Agra on a bike can be made with Yamuna Expressway or the old national highway.

I took the Greater Noida Highway and entered the Yamuna Expressway. It was going to be a hard afternoon ride on the concrete. I wished if I had Superbike here. 100 kmph seemed nothing.

Do’s and Dont’s for bikers on Yamuna Expressway

1. Yamuna Expressway or Taj Expressway is access controlled like other expressways. It is fenced throughout the distance. One cannot enter or exit anywhere in the middle.

3. The road is six lane and has concrete throughout the route.

5. Is the Expressway safe for bikes? Absolutely, if someone follows the traffic rules. With rules, I mean;

a. Staying in the left most lane.

b. Using indicators for every move.

d. Keeping an eye on Fuel and Tyre Pressure. Make sure your tank is loaded as there are only two pumps. One at the beginning and one very close to Agra.

e. Avoiding night riding as much as possible.

The expressway has two petrol pump. I was low on fuel still ignored the first petrol pump but somehow managed to reach the other one with barely any fuel remaining.

I also ignored the tire pressure. And when I checked in between it was 55 psi which should have been around 40 psi considering the temperature. Tyre pressures are very critical particularly on a concrete road on hot days, read this to know why?

Took exit for Agra and reached Taj Mahal. It was around 3.30 pm. With not much time in hand,  negotiated a shopkeeper for Rs. 200 to keep my luggage and bike instead of going towards the hotel.

Hired a local boy as a guide for Rs.300. He saved me from standing in the long queue and took me from the other gate which had relatively less crowd. I was in Taj Mahal 3rd time but the charm of the place still kept me enchanted.

Air pollution is really screwing up the monument. Flooring tiles and minarets marbles are the worst affected. The building was was in restoration mode. It was full of heads may be due to long weekends. We had 2 hours before the sunsets. It was enough to tour the entire place. Enjoy some pictures from the place. 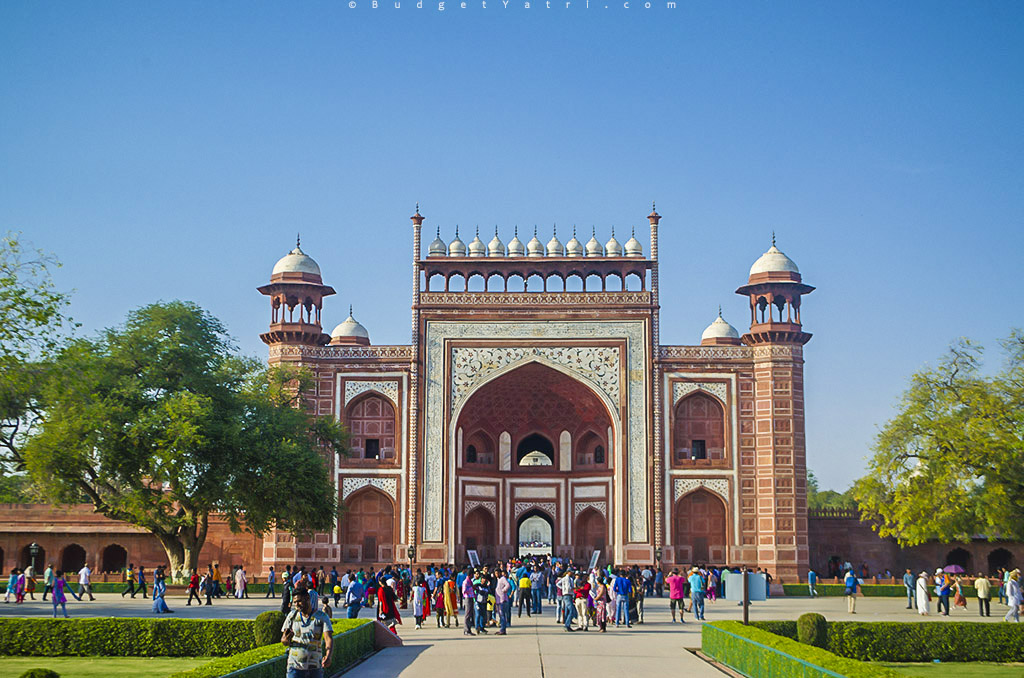 One of the entrance gate of Taj Mahal, Agra 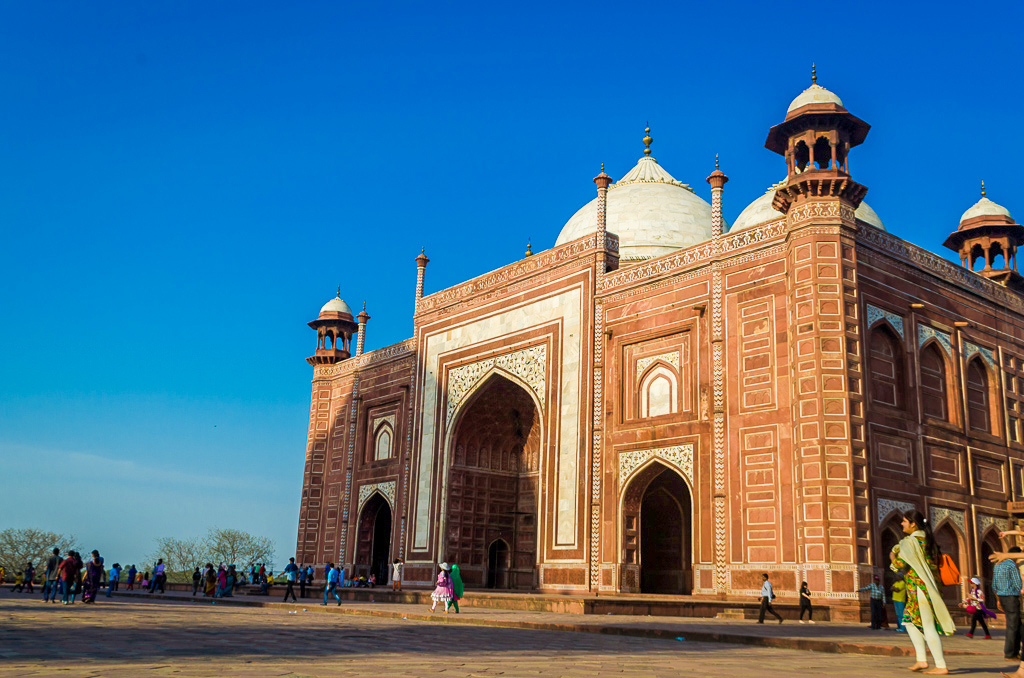 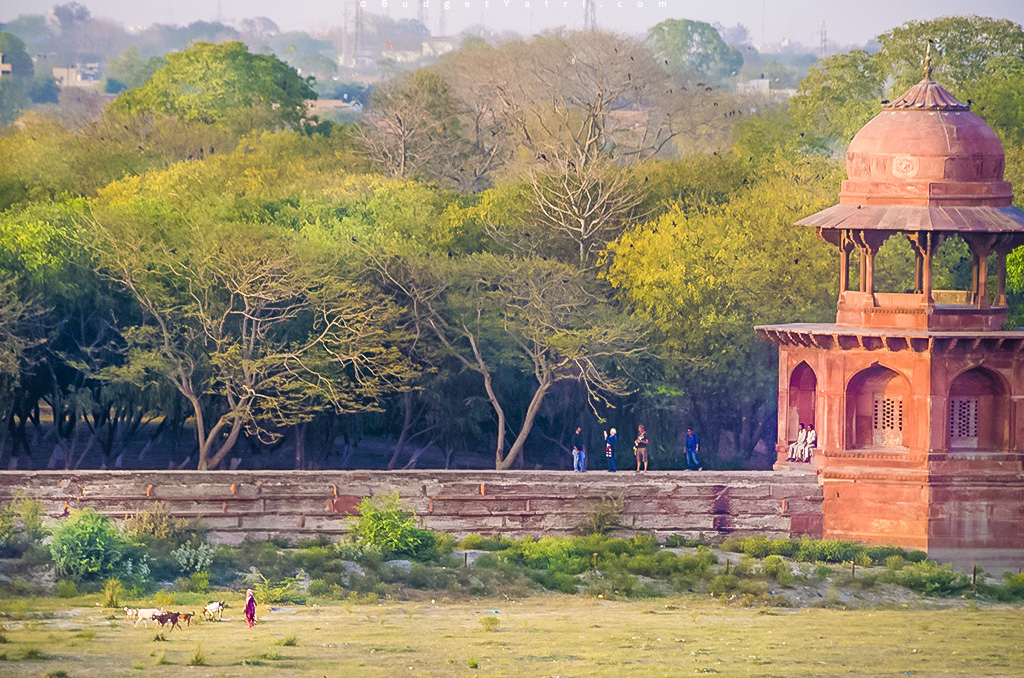 Public garden on the other side of Yamuna river. This is visible from the back side of Taj Mahal 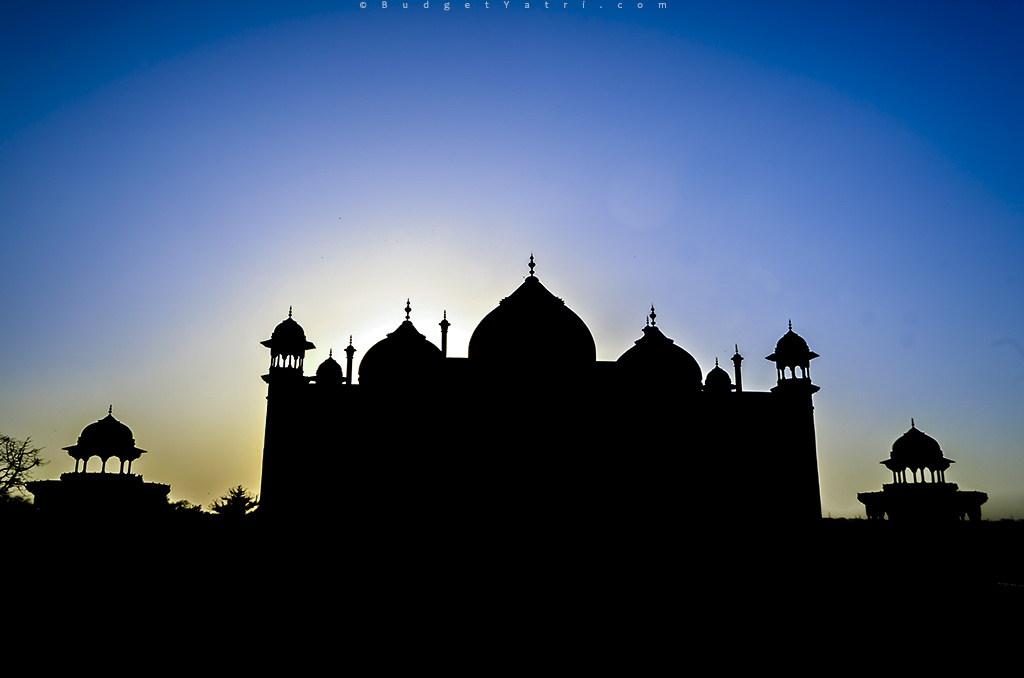 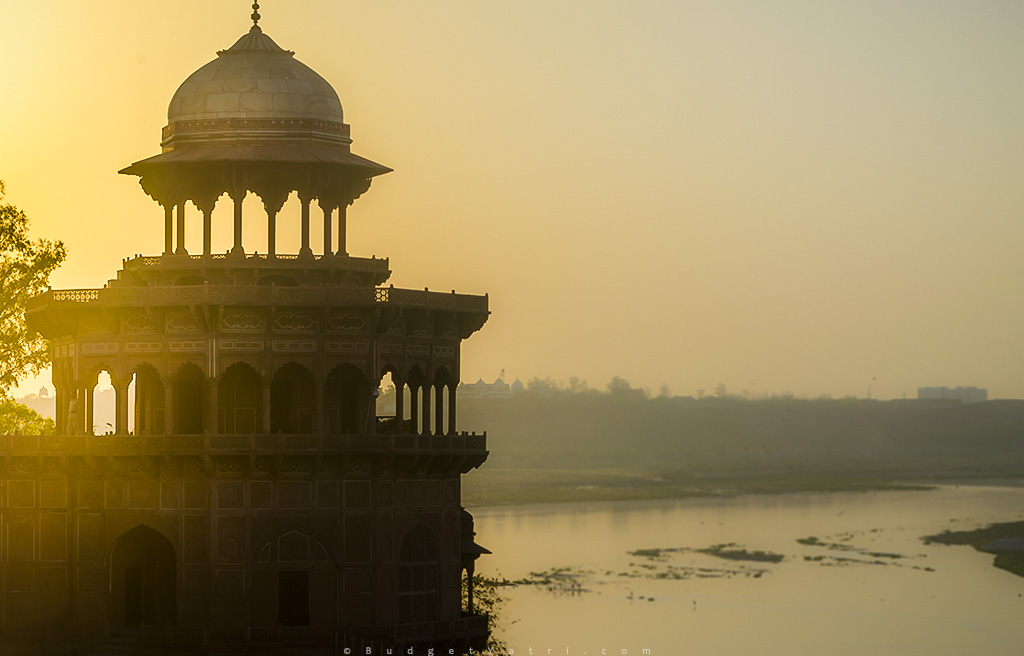 Sunset on the Yamuna river as seen from Taj Mahal

While coming back from Taj Mahal, the guide persuaded me to visit a petha shop. Petha is a popular sweet of Agra.

Shopkeeper claimed that the sweets are made with honey and not with sugar. Before the sugar came i.e. some 100 years ago all the sweets and juices were made with either honey or jaggery.

Price of honey made petha was almost double but they were worth the price. I bought more than 4 kgs as it tasted wonderful. Everyone in my family loved it.

My favorite ones are Chocolate and Pan petha.

From there, took my luggage and bike and moved to the pre-booked hotel. Mind you, if you are in Agra, be prepared for pale yellow water from the tap.

Never ever drink the tap water.

The plan for tomorrow was to visit Mathura and Vrindavan and then head to Delhi. 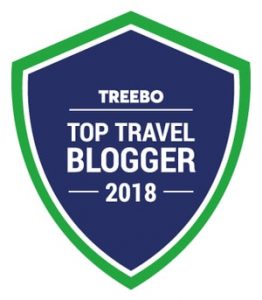