Jhansi – the ancient city of fearless Bundelas and housing the magnificent Jhansi Fort. The city of Jhansi is remembered for the female warrior Rani Laxmi Bai, popularly called Jhansi ki Rani. I was sharing the same connection with Jhansi. How can one forget the words of Subhadra Kumar Chauhan

Undoubtedly she was and still remains a hero for children. After so many years I was having an opportunity to witness the land of Laxmi Bai, the opportunity was in the form of a wedding invitation. Akash Gupta my friend and native of Jhansi was going to be groomed in November 2014. He was kind in making advance reservations in Hotel Chanda facing Rani Laxmibai Park. I was accompanied by a jolly group of three other friends Swapnil Mhatre, Amod Karve and Viren Shah. Before leaving from Mumbai, I was ready with the list of must visit places in Jhansi and Orchha.

With two days in hand, this is what we planned

Today was my second day in Jhansi and the place was quite interesting to get bored. Although the city is not very stretched but spots like Elite Cinema, Sadar Bazar and civil lines keep buzzing.

The day started unfolding with the morning walk in Rani Laxmibai Park.

Sticking to the plan we woke up early in the morning, as afternoon would be packed with marriage ceremonies. We went down to the Park. It was quite big and maintained. We trudged along the curved pathway of interlocked tiles. I was loving the morning of 2 tier city. The morning in such places is slow and peaceful. Roads were empty except some dudhwala pushing their loaded bicycle hard. Park was moderately filled up with School kids having nice times on Seesaw, Jhula and old diesel engine model. 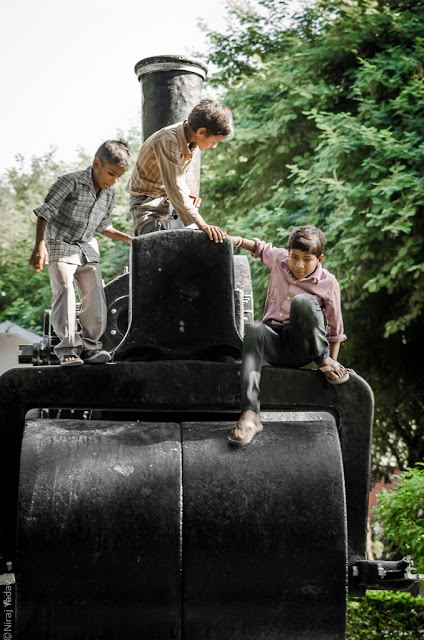 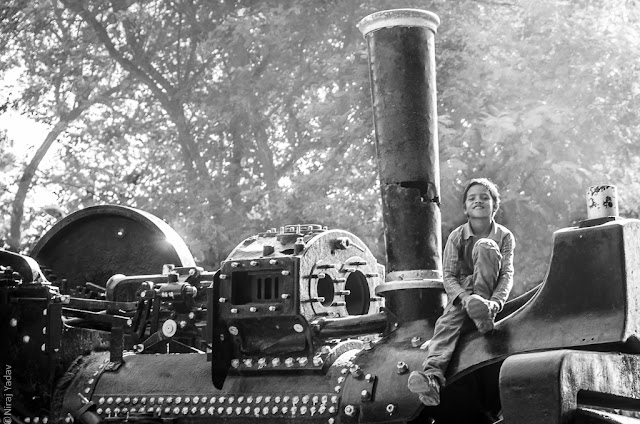 From the other end of the park, the road towards the left-hand side goes straight to Jhansi Fort. It is somewhere around 15 minutes walk from the park. Jhansi fort or Jhansi ka Qila is built on a hilltop called Bangira. We had to walk a little uphill to reach the entrance of the fort. Fort is massive and is said to spread in 15 acres. Similar to other historical sites the authorities charge a nominal entry fee to let you in.
With 15-20 feet thick walls, the Jhansi Fort is certainly one of the strongest forts in India. From the South section, complete view of the Jhansi city is visible. 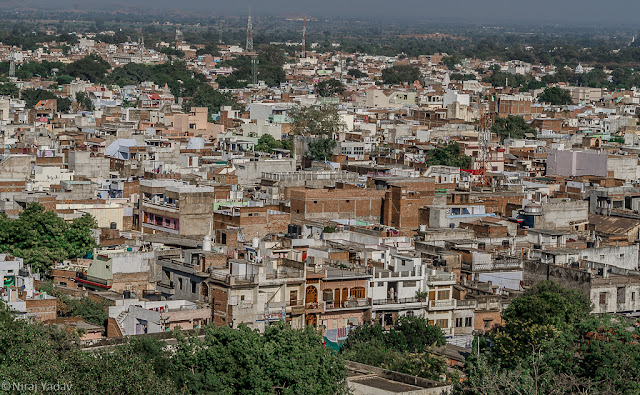 A huge cannon called Kadak Bijli is placed right at the entrance of the fort. The upper coating of the cannon was quite surprising. It was around mid-noon and Sun was shining high but when I placed my hand on the Canon it was cool like Rose petals. Amod explained that this is how it is designed to function. A chemical coating is placed above the iron to keep the Canon shielded from extra heat and cold. This is done in order to prevent any deformation in the shape of the bore.

Do you know that Rani Laxmi Bai made the heroic jump from this fort: Manikarnika Tambe or Laxmi Bai was married Gangadhar Rao, the king of Jhansi and a skilled administrator. After Gangadhar Rao’s death, the Britishers citing hilarious reasons tried to annex the state of Jhansi. Jhansi was now in the hands of Rani Laxmi Bai. She made the famous proclamation from her residence in Jhansi Fort that come what situation she is not going to let her Jhansi in the hands of British.

Soon the  Indian uprising of 1857 began and, unfortunately, Jhansi collapsed in the hands of British. Rani Laxmi Bai had to make a courageous escape from the Fort. Looking at the spot from where she jumped, I could only speak one word IMPOSSIBLE!!

We roamed the fort for 2 hours when it started getting dark. We moved swiftly through different spots like the place where hangings used to take place, gardens on the top floor and arches in the extreme left after the entrance. This is how a wonderful day filled with history came to an end. 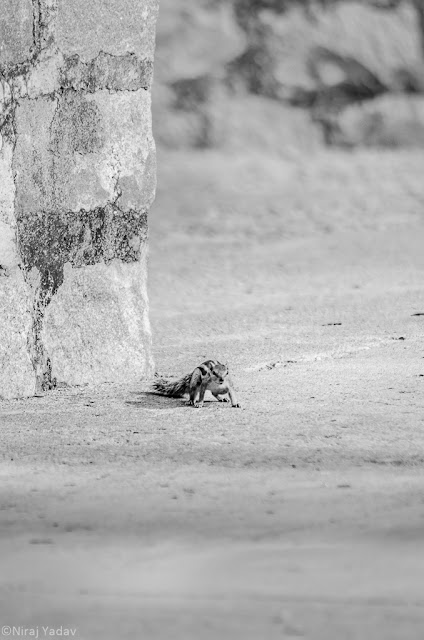 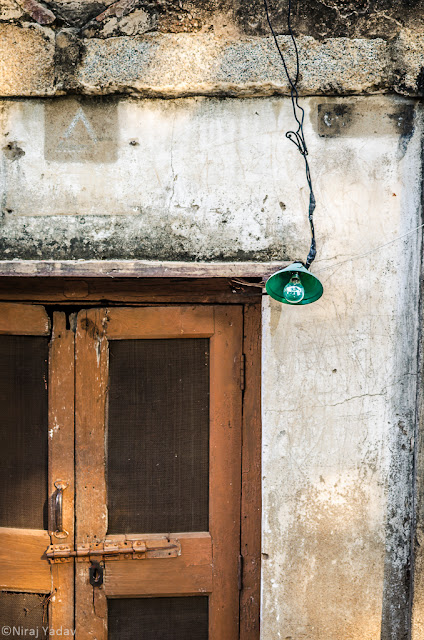 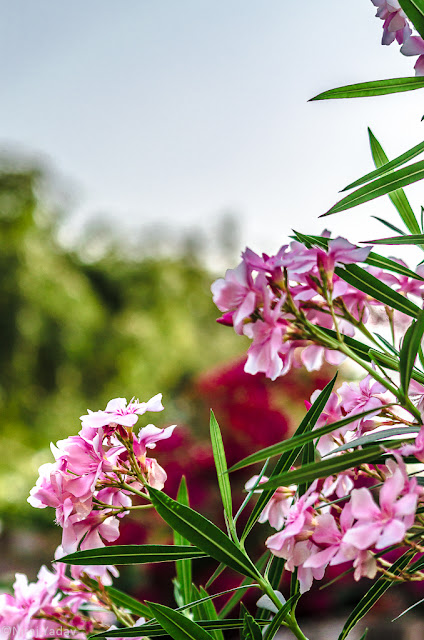 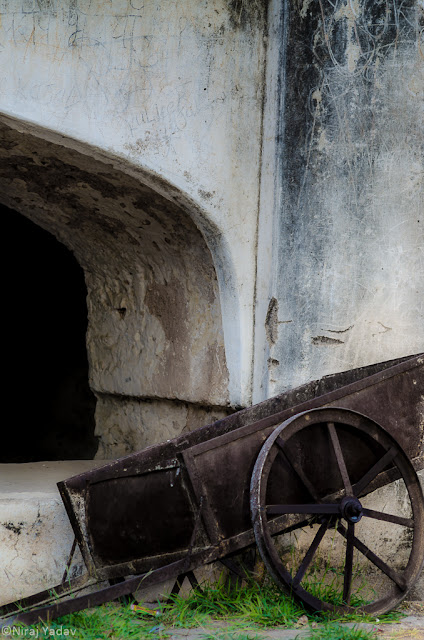 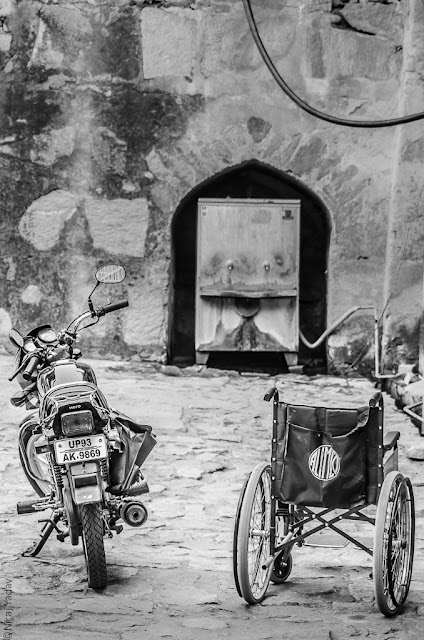 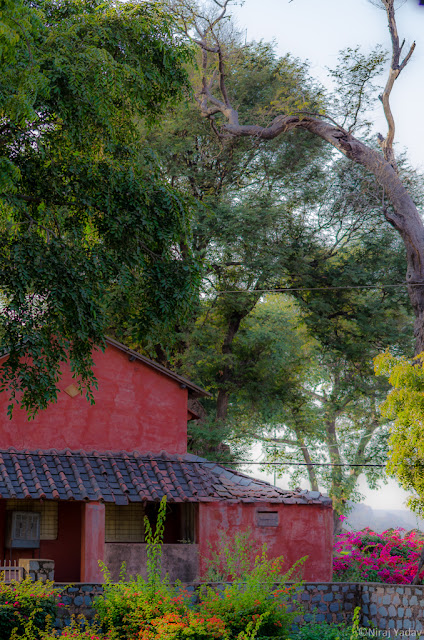 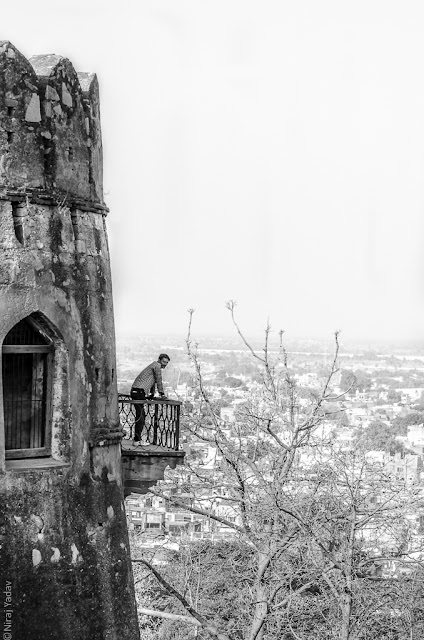 A gallery in Jhansi Fort

Let me know your suggestions/questions regarding the travelogue and the place. Use the comment box below or write to me at budgetyatri@gmail.com.