Wandering is in the instinct of human being. Although we love to settle at one place, our inner being keeps pricking us to go out, roam, see something new.

When a similar feeling flows in more than one soul a group is formed. This time, we were a group of six and destination was Bhandardara. A beautiful monsoon retreat.

Extremely pleasant to eyes are the lush green hills, numbers of gently flowing streams. Shallow rivers asking you to remove your sandals and drop your feet to  feel the running water. Rural folks busy in their daily chores, some busy with their Bullocks in a small patch of land on the corner of a hill, some herding cows with hand built bamboo raincoat on their head.

It was Friday night we decided to leave Mumbai and catch the Igatpuri bound train. All of us assembled at Dadar railway station. The train was late and was a bit crowded. Mumbai to Igatpuri does not take more than 3 Hours (~180 Kms). We caught the train at 12 AM and  reached around 4 AM. Obviously it was dark, we passed 1 hour at the railway station before moving out to the bus stop which was at a walkable distance of 5-8 minutes from the station.

It was our second time in Bhandardara. The bus depot was completely renovated, we could not make out if it was the same depot we had visited the last monsoon. Only the depot had changed and not the red devils and their drivers.

Ate some snack which we had brought, and got on the first bus to Bhandardara at 5:40 AM. Bus fare was same around 24 rupees per person and it took 45 minutes to drop us at Bhandardara. The bus ticket is completely worth if you are on a window seat, scenery outside the window is just amazing.

Just where the bus stops at Bhandardara there lives a google famous Bhajiya wala uncle. He will tell you that his shop is on the Google map and visitors coming to Bhandardara already know him.

You should ask for special daal ki chatni along with bhaji pav, yellowish chatni was just awesome. After breakfast, we went to Arthur Lake or Bhandardara dam for which the road goes from behind the bus stand.

As we were here during early monsoon, the dam was almost waterless. We were a bit disappointed, but not discouraged. We knew this is not the only place to visit here.

Post good rainfall, the water level rises so much that the water overflows over the wall (you can see the dam gate in the centre left). There is a road over this wall and only heavy vehicles are allowed to pass over this road in such conditions. In good monsoon, the scene is enchanting.

As the water level was low we did some amateur rock climbing across the Lake towards the right end of the lake. 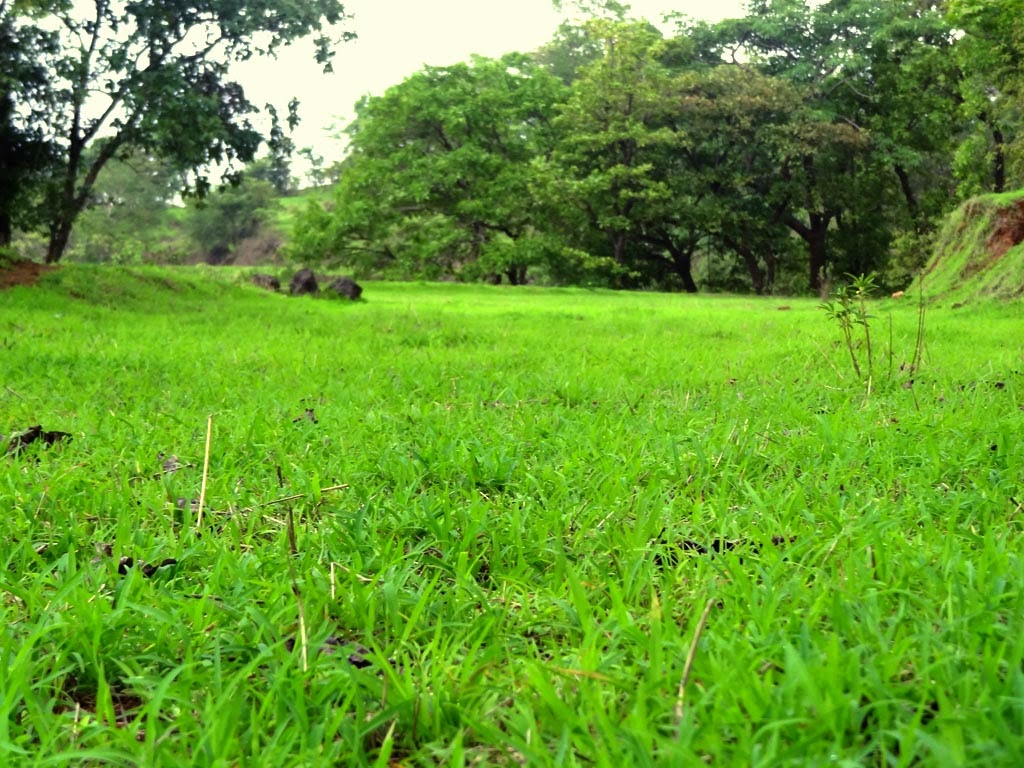 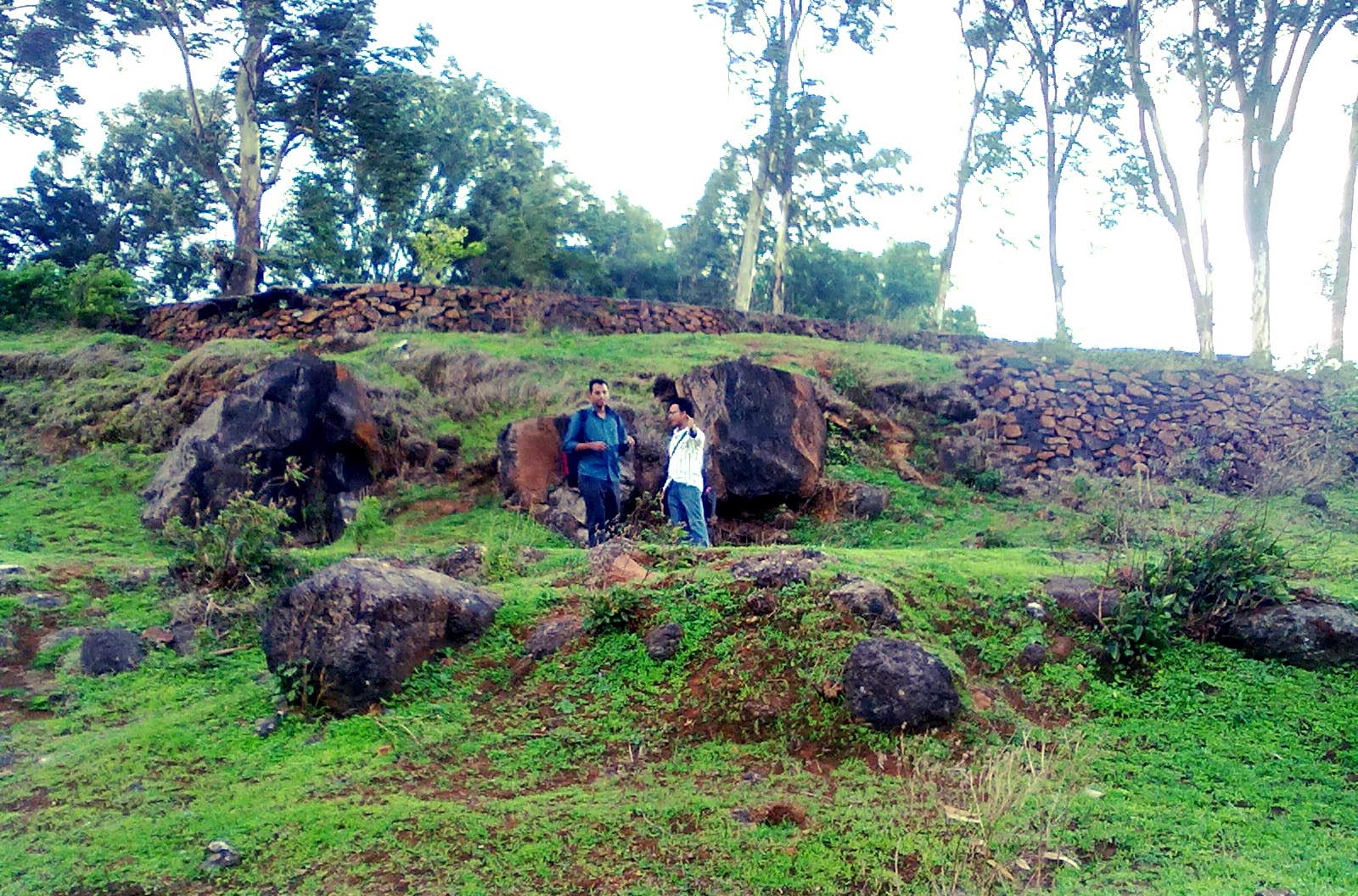 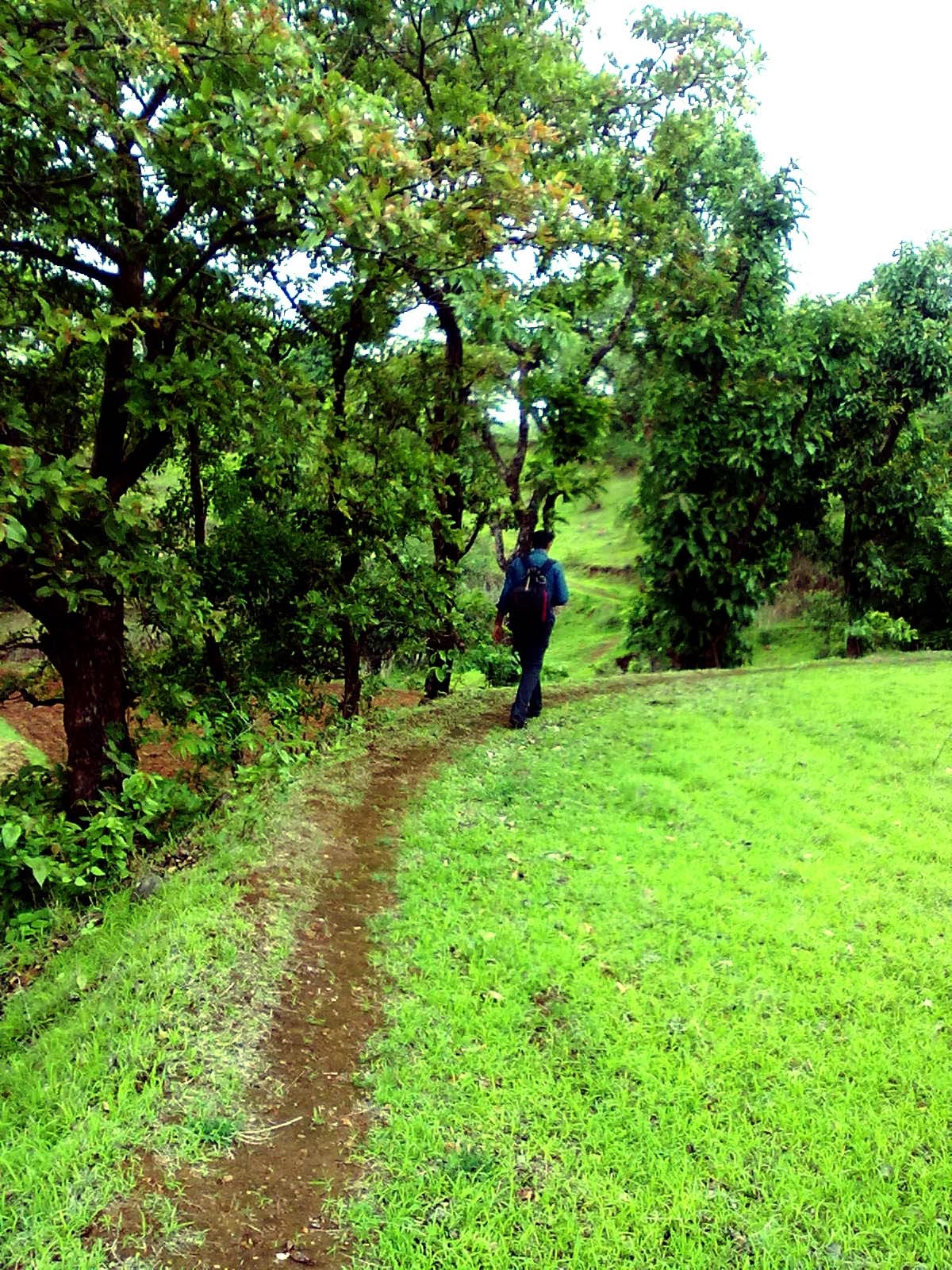 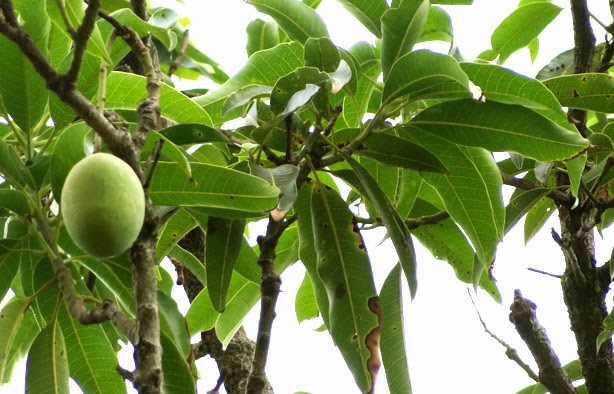 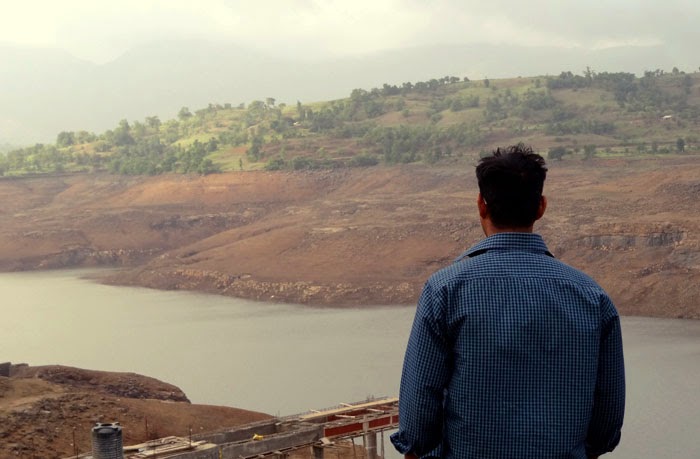 After spending some 4 hours, we returned back to the bus stand and then started descending towards the garden where the water is released from the dam gates making an artificial waterfall called Umbrella Fall.  Photos will do justice with garden and stream originating from the water. 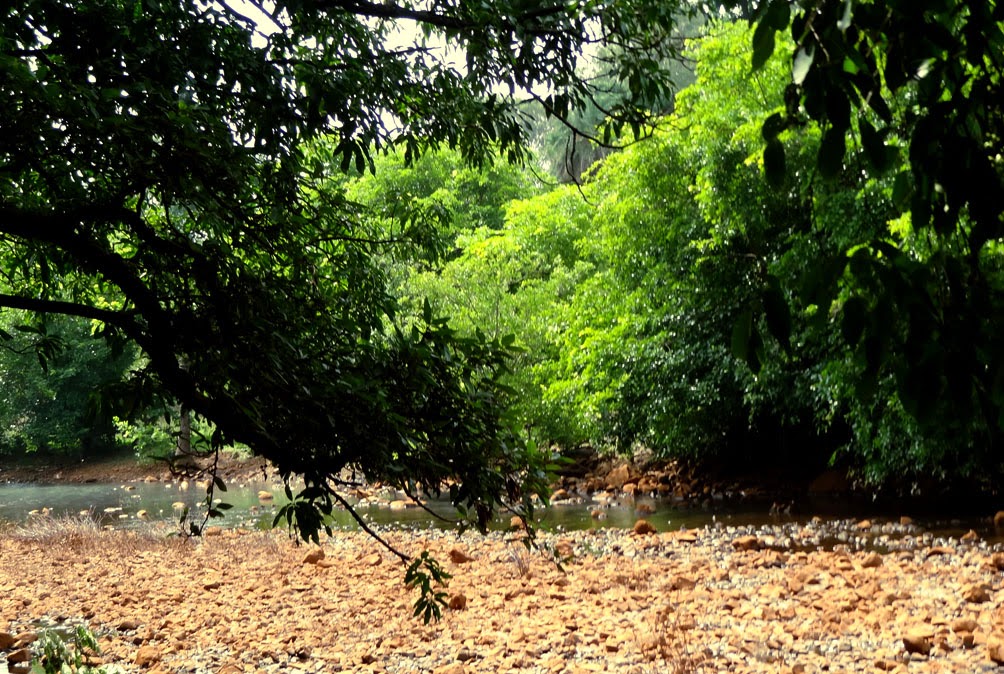