Betwa river is one of the prominent river in Madhya Pradesh apart from Narmada i.e. Maa Rewa, Chambal and Son. Betwa flows gently on the Malwa plateau before merging into the Yamuna in Hamirpur, Uttar Pradesh.

Orchha is a beautiful ancient site along the banks of Betwa River in Madhya Pradesh. The history of this place is traced back to the Ramayan era when Lord Ram stayed here during his exile. Then, Betwa was known as Vetravati. A beautiful temple dedicated to Lord Ram popularly called as Raja Ram Mandir is located some few meters away from Betwa banks.

How to reach Orchha?

Orchha is in Madhya Pradesh. The closest railway junction to Orchha is Jhansi in Uttar Pradesh. Jhansi is some 20 Kilometers from Orchha. Jhansi railway station is well connected to all the metros and other big cities of India. Once you are in Jhansi, hire an Auto Rickshaw for Orchha. They charge around 80-100 rupees one way and 4 people can easily get in.

Where to stay in Orchha?

If you are NOT on a tight budget then Orchha is the best place to stay. I haven’t stayed there but from a second source, Orchha Resort and Betwa Retreat are the two best hotels in Orchha. They are a couple of minutes walk from the Betwa river bank.

If you are looking for budget hotels, I would suggest staying in Jhansi city itself. You can get a range of options in Jhansi city. When I was Jhansi I stayed in Hotel Chanda opposite to Jhansi public garden.

Places to visit in Jhansi and Orchha

Ok. Here is the list of must visit places in and around Jhansi and Orchha.

Jhansi Fort – It’s big; keep 2-3 hours to see the fort comfortably. This is the fort from where Rani Laxmibai on his horse jumped from the fort wall with her son tied on her back.
Jhansi Museum – Interesting stuff related to Bundelkhand history and art. Worth visiting.

Betwa riverside, Orchha – Do you love sitting idle and your gaze fixed at infinity, then this is the place you are looking upon.Let’s begin

This place was not on the original list. I feel happy that I found this place. A number of Cenotaphs or Chattris as it is called stands by the river bank. These were constructed by medieval kingdoms and they are really a treat to our eyes. 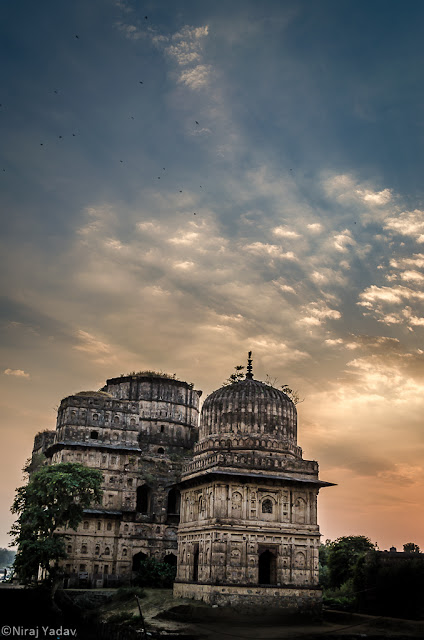 Cenotaphs or Chhatris in Orchha 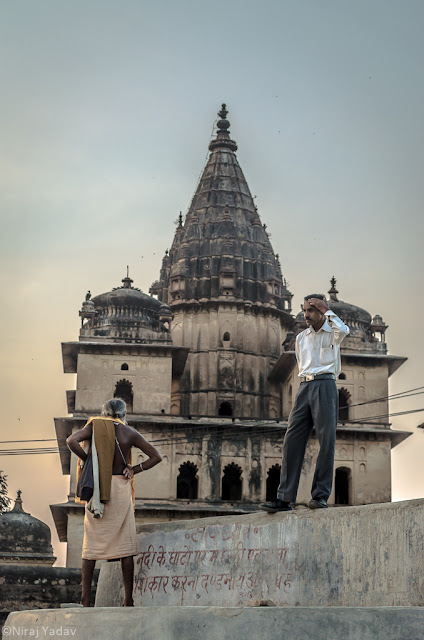 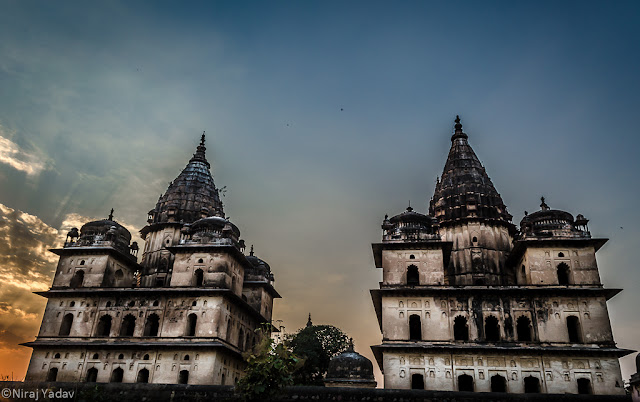 Chhatris on the Betwa banks

The evening scene at the river

The evening scene was something like this. A man with his rough bansi or fish lines was sitting on the lower stairs waiting patiently for some movement in the nylon threads. An elderly lady holding the clothes of her husband, while he takes dips in the river. Two-three Sadhus cleaning themselves in the river. It was pretty less crowded.

When I climbed downstairs and neared the river, the surrounding which was not that cold suddenly became wintry. Water was amazingly cold. The freshness in the air made by the river became very evident.

I placed my camera back in my bag and sat there for minutes to wash my mind. Such opportunities are rare. I feel the local guys are lucky who can spend their time sitting by the Betwa.

That 15 minutes will stay in heart for long. 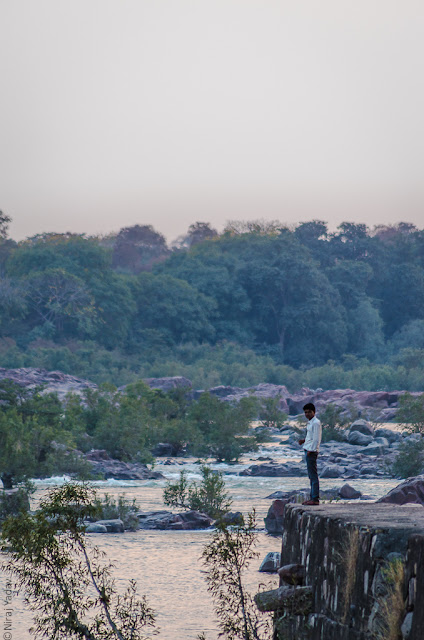 On the bank of Betwa river 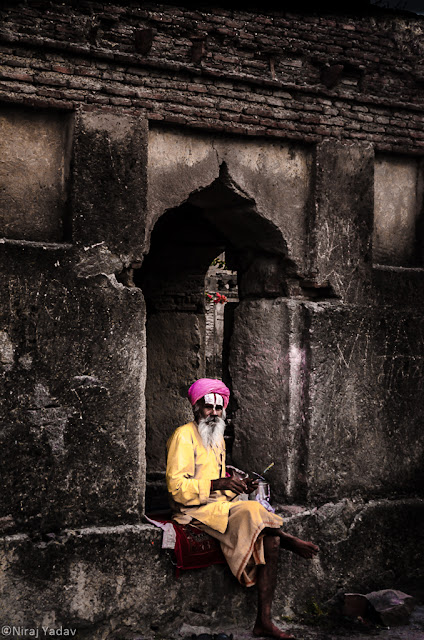 A Sadhu in Orchha, Madhya Pradesh. 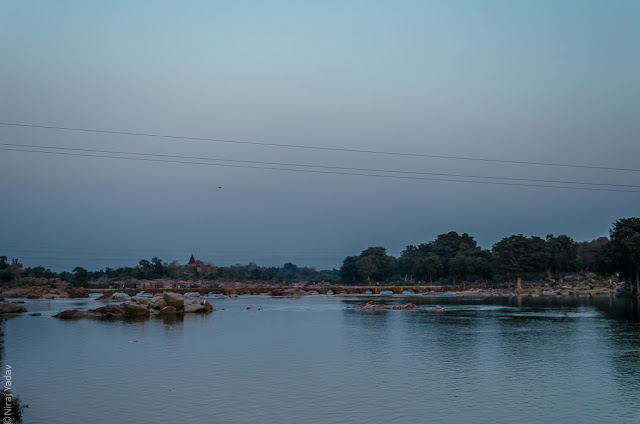