This was not the first time; I have been here thrice, that is more than what I visited my own village. I knew nobody here, neither anybody. It was the beautiful minimalism of the village which had left a print in my hippocampus.

How is the Ratangad village?

A dwelling of some 30-40 small houses scattered over the hills. The majority of them kutcha. A stream originating from the slopes of Ratangad flows by the edge of the village. A check dam on the river serves an excellent play area for the tourists.

Read the first part of the trip Day 1: Bike trip to Bhandardara

Nearly 1300 hundred years old temple dedicated to Lord Shiva sets an impression for Ratanwadi. Amruteshwar temple as it is called is constructed using Hemadpanthi architectural style. The genre of architecture is named after Hemadpanth of Yadava dynasty. The style consists of using Black stones for construction and lime to glue the different pieces. Tulja Bhavani and Tambdi Surla are some other famous temples of Hemadpanthi genres. 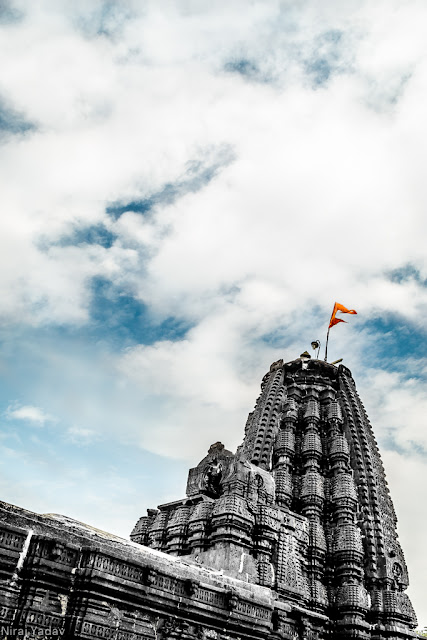 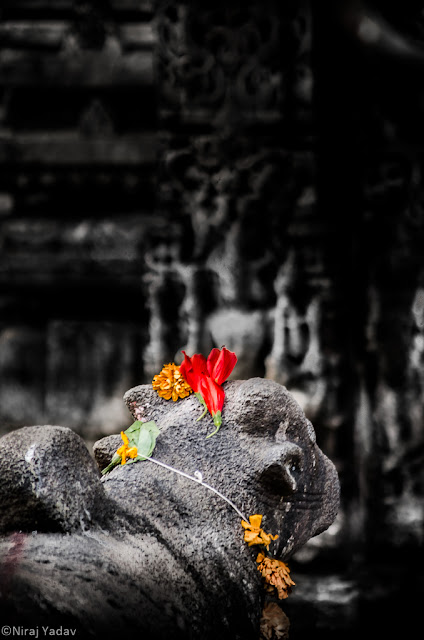 Base village for Ratangad Trek

Ratanwadi is the base village from where the Trek to Ratangad starts. Ratangad is an old fort, nearly 2000 years old. The trek encompasses crossing rapid streams multiple times, walking through the green mountains and continuous ascend for 3-4 hours to reach the top. Two iron ladders on the top finally take us to the fort. Trekkers use a natural cave on the fort to stay in night.

Expect very basic accommodation in the village. Maybe some local can offer his spare room depending upon the availability. For campers, the place is a delight. We have camped on the hill on the other side of the river. High-speed winds and heavy rains are expected in monsoon. Be prepared.

I was riding solo. Left the Arthur Lake and started riding towards Ratanwadi. The road runs parallel to the Lake. The Lake water makes the surrounding cool and fills the place with a very peculiar and light whiff. Now when you go next time and come back don’t say Niraj fooled us.  We didn’t smell anything there 🙂  I would say stay away from the crowd, get yourself wrapped by the elements there, the mountains, the grass, the Lake Water, local folks and certainly, you will feel it.

I was riding at 25-30kmph for the 16 km distance between Bhandardara dam and Ratanwadi village to enjoy the surrounding. 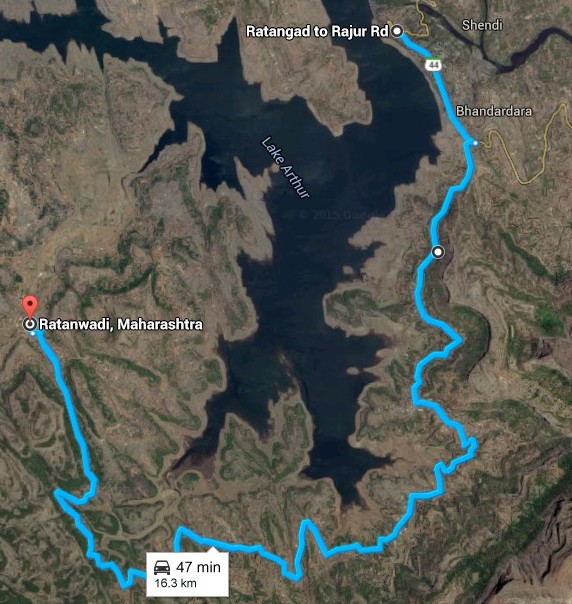 Road in the Arthur Lake perimeter 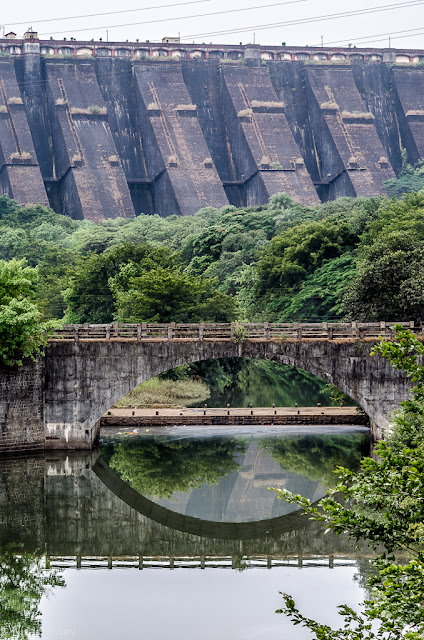 Reflection of the river bridge 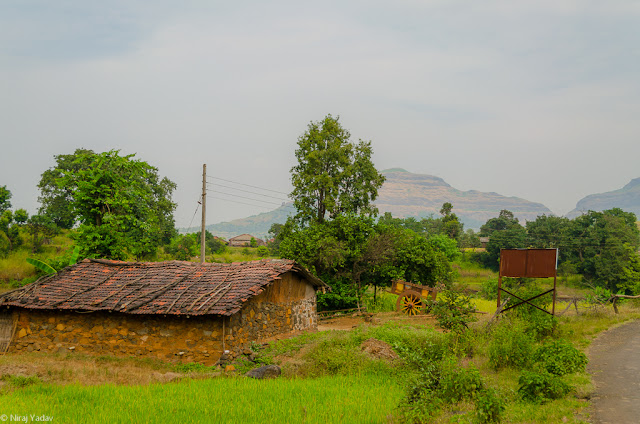 Every time I visit this village I can see the shift in life carried by the winds of modernization.

But this is how the time flows. I feel lucky to experience the raw side of Ratanwadi before these winds could expunge the original layer.

Looking for an affordable and super hotel in Bhandardara, check here Goibibo and MakeMyTrip

Parked my bike close to the Amruteshwar Mandir. Took darshan of the Shivling and was searching for a nice spot to film the temple. Right in front of me, a middle-aged man was posing with his elbow on the temple wall. A golden snake jumped from the hole below his armpit. The snake was fast it ran towards the temple boundary. Crept up the 4 feet straight wall. Then it ran through the fencing wire crisscrossing its body. Finally, it disappeared in the tree leaves. The whole temple was in awe.

I didn’t know it was a Cobra until a local folk said. I just knew one thing that a cobra can raise its 1/3rdof its body and run raising his head. The man was still in a state of Shock  🙂 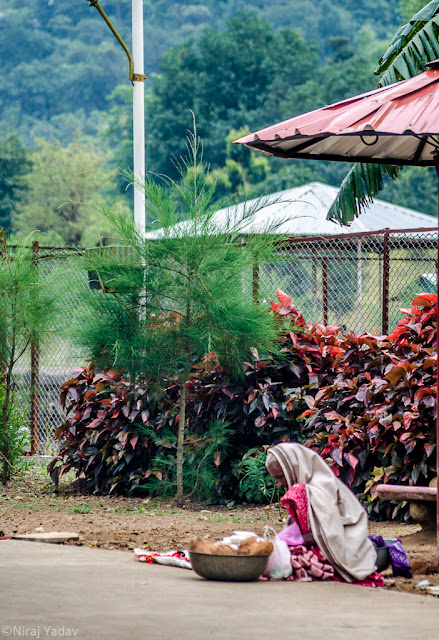 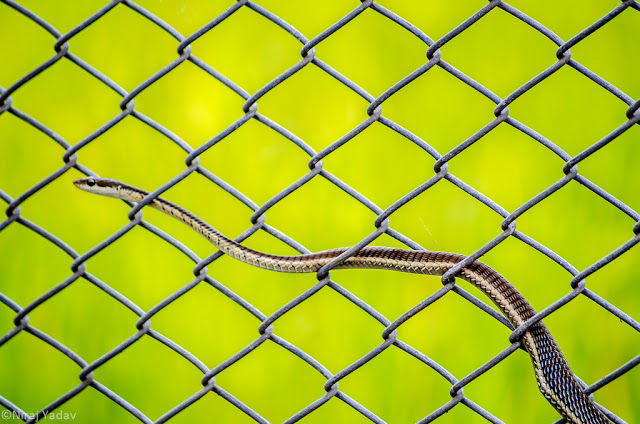 Cobra inside the Shiva temple

Came out from the temple premises and went towards the stream for some photographs. 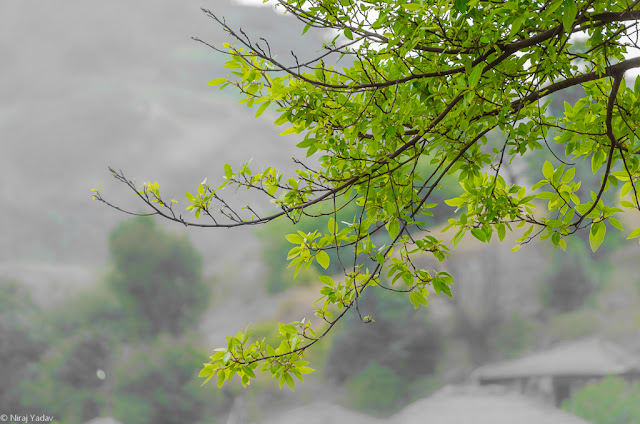 Near the check dam in Ratanwadi village 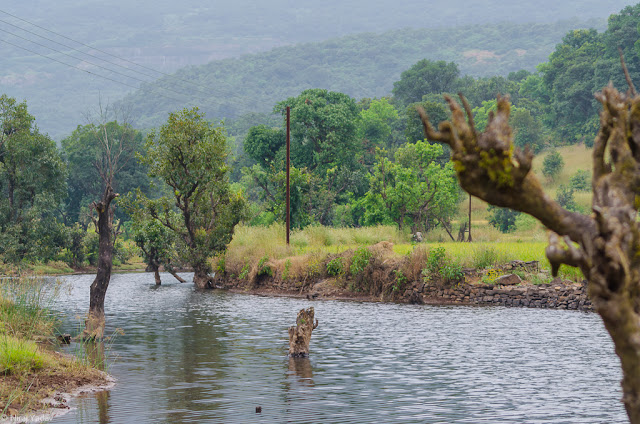 The beautiful river in Ratanwadi 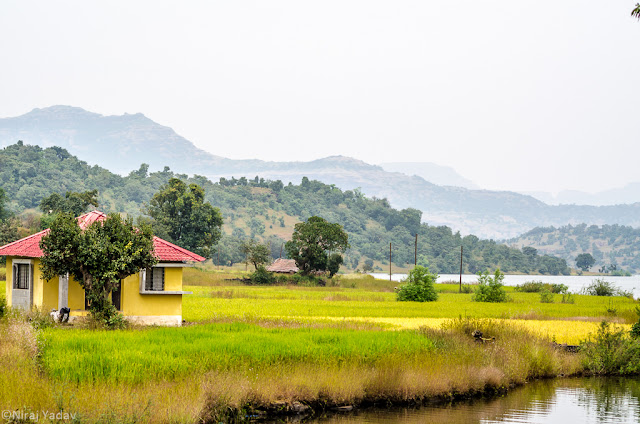 Left Ratanwadi in the evening and reached Batliwala guest house in Bhandardara around 7 PM. I had purchased half a kilogram of big Kerala bananas for my dinner from the Shendi market.  Fruits and curd rice are the best to keep our stomach healthy on trips.

Spent some time wandering within myself and then took off for the day. The night was calm and peaceful. Woke up early in the morning to capture the lake in blue hours. But rain compelled me to return quickly. Packed my stuff, broke my fast at Café Bhandardara and started my return journey.

Read the first part of the trip Day 1: Bike trip to Bhandardara

Hope you liked the travelogue. Do let share a comment in the box below or email me at budgetyatri@gmail.com.