What an awesome day I had yesterday, bike ride to Auli Ski Resort and getting the basic lessons of Skiing was great. Today’s plan included the trek to Deoria Tal.

Deoria Tal has its reference in Mahabharat. It’s the same lake where 4 of the Pandavas dies by drinking lake water without answering to the Yaksha’s questions.

They were brought to life only when Yudhistir answers all of his questions. I  like that part, especially the question and answer between Yudhistir and Dharmraj. 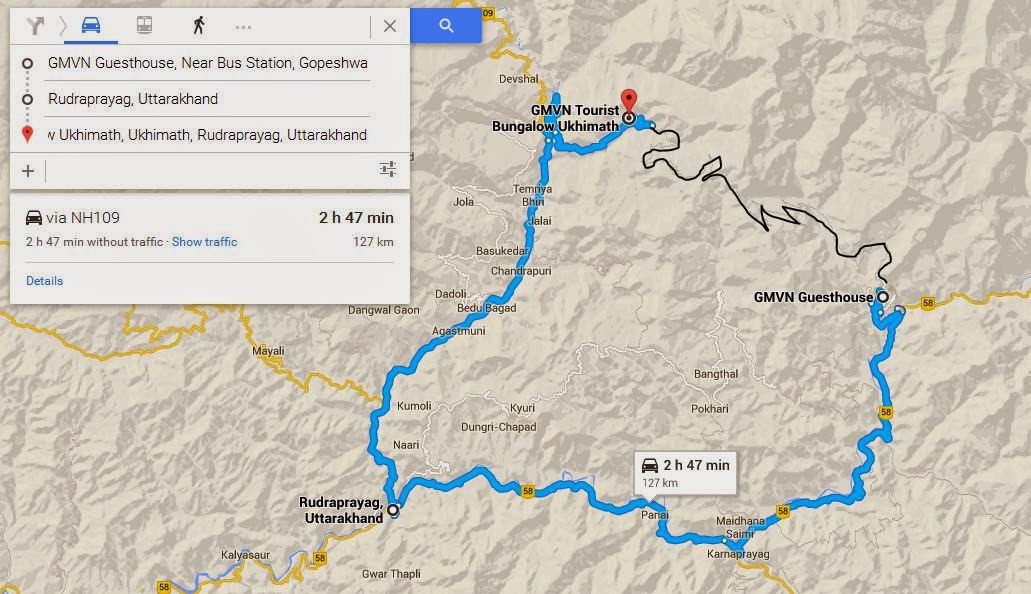 Gopeshwar to Ukhimath via Rudraprayag

In the above map, the route marked in black is a direct route between Gopeshwar and Ukhimath. Chopta, Chandrashila, and Deoria Tal lies between this route. However, the road was closed due to heavy snowfall.

Direct road i.e. via Chopta is 60 km and the longer one via Rudraprayag was 130 km. I had no options but to take the longer route. Prepared for the longer route followed by trek after that, I left the place around 8 AM. Reached Ukhimath around 12:30 PM. Construction work and bad roads considerably slow down the speed.

GMVN Ukhimath is beautifully located on one side of the mountain facing Guptkashi and Mandakini river valley. What can be more pleasant than sitting on a chair in the small garden of the resort and sipping chai or coffee and eyes fixed on the snow-clad peaks? The Beautiful town of Guptkashi lies on the other side of the river. 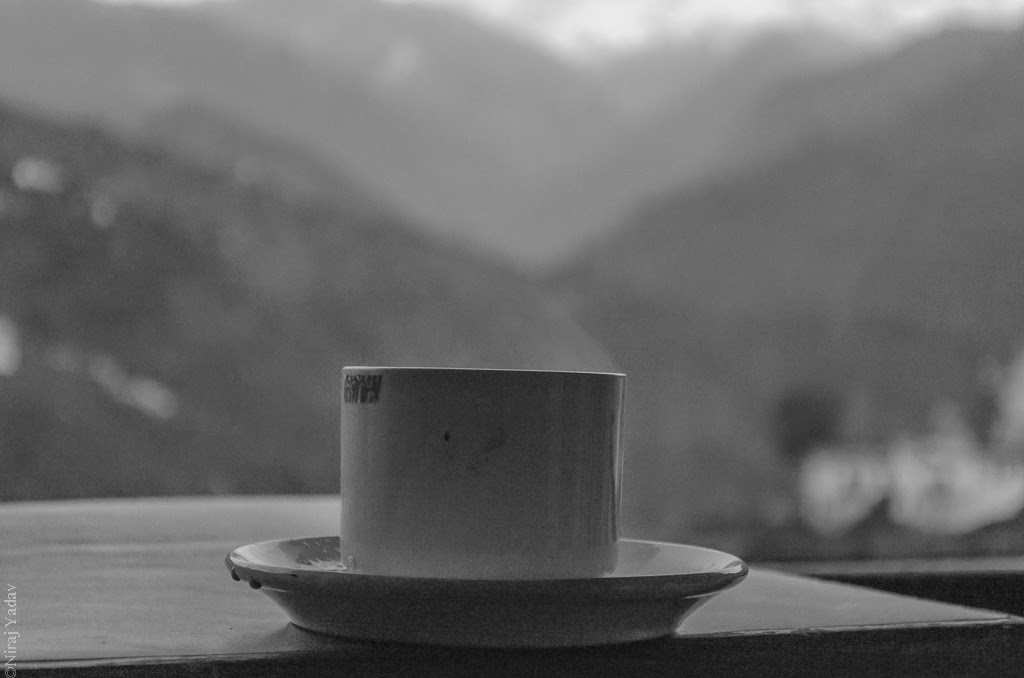 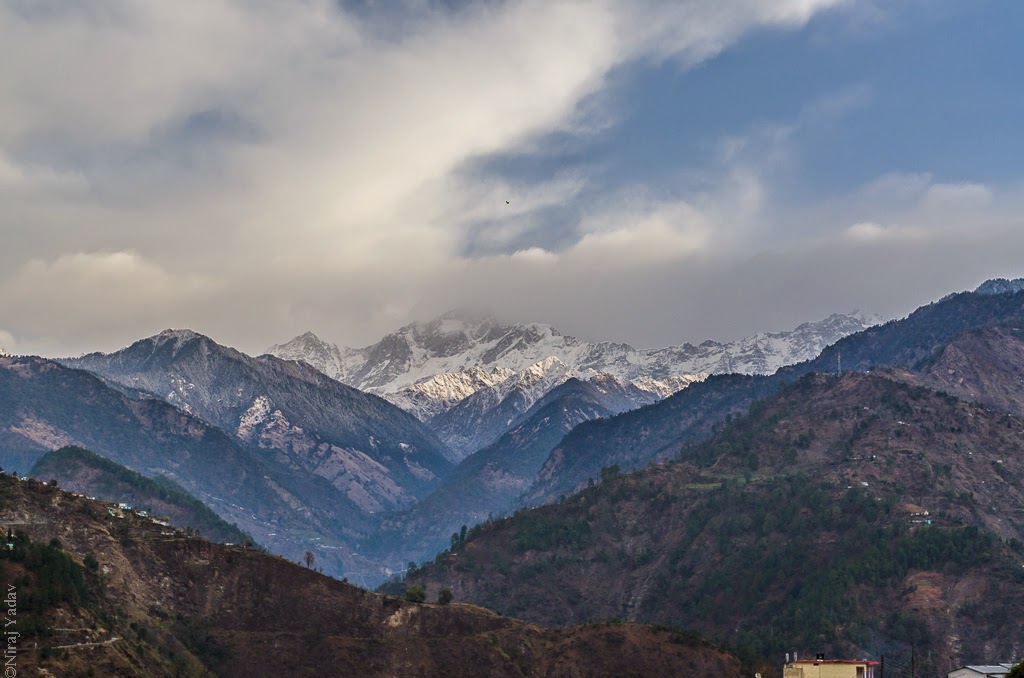 Settled in the dormitory. I was alone here too 🙂 all the dormitory beds were mine.
Ordered Aloo paratha and chai. Both were nice.

I asked the GMVN in charge if he can arrange a guide for me. Although one does not need a guide to trek Deoria Tal. I was sceptical of the weather and heavy snowfall.

He came with a young boy and introduced him. He said Namaste sir. Eeeh. Don’t call me sir. And we became friends 🙂  Waited for another half an hour until the rain slowed.

Left GMVN resort at 1:30 PM and rode till Saari village which is at a distance of 15 km from Ukhimath. The wind was very cold. Had another cup of tea in Saari and started ascending. 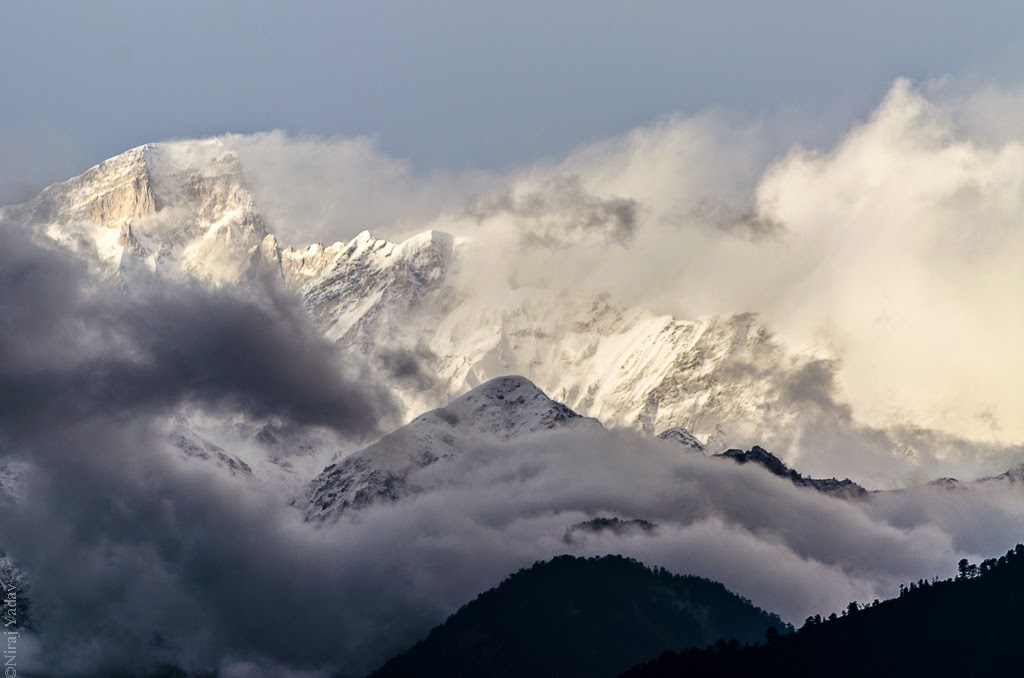 A view of snow-clad Chopta peaks 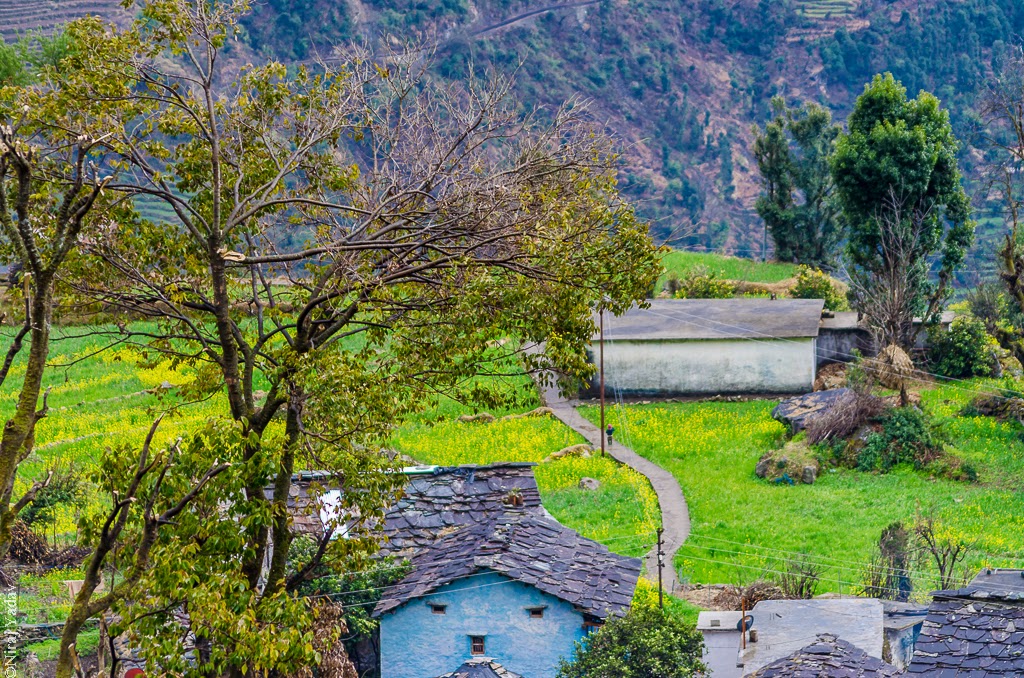 Beautiful Saari village at the base of Deoria Tal trek 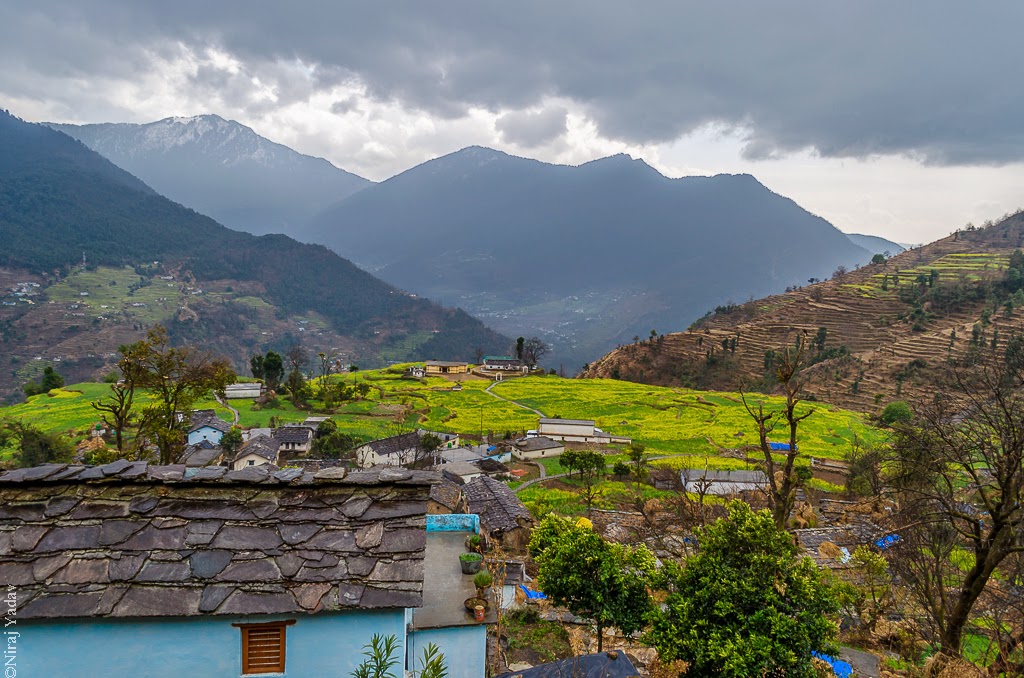 Saari village and Chopta peaks in the backdrop

Complete trek route is laid with stones right from Saari village to Deoria Tal. You need not hire a guide for this trek. But be prepared for continuous ascend. I mean continuous no straight path.

We didn’t take any major break just once when heavy snowfall started and we had to hunt for shelter. We didn’t saw any trekker en route neither on top. It took around 2 hours to reach the Deoria Tal from Saari Village. 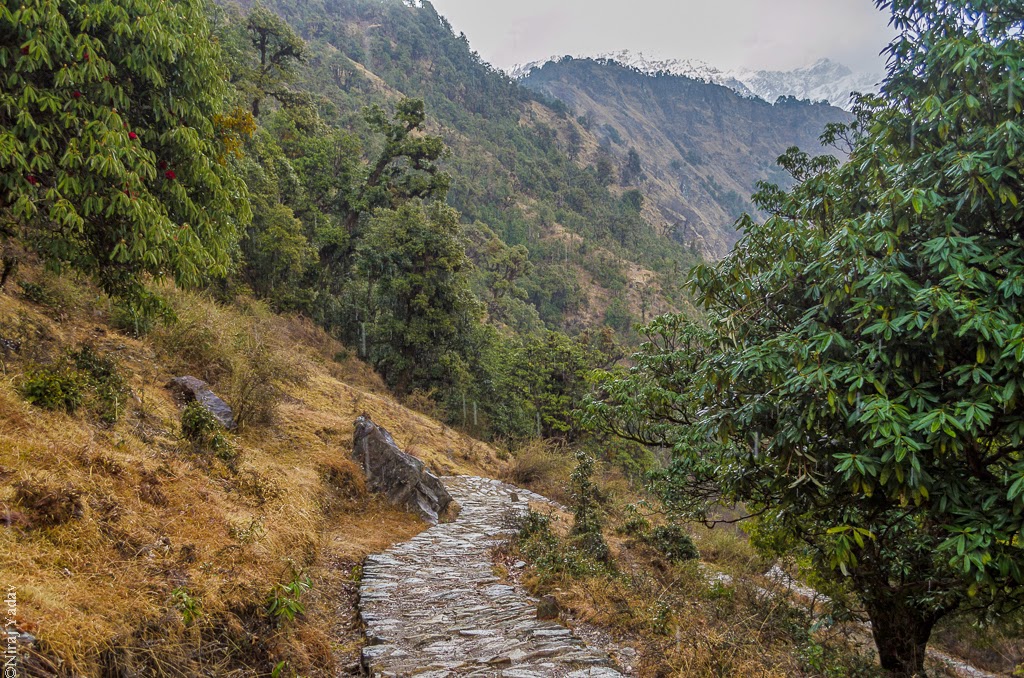 Deoria Tal trail. Same trail is available throughout the route from Sari village to Deoria Tal

Just as we reached on top another round of heavy snowfall started. The view was truly amazing. Did a parikrama of the lake, spent 1 hour and started descending. We could not see Chaukhamba peaks as it was hidden by clouds. 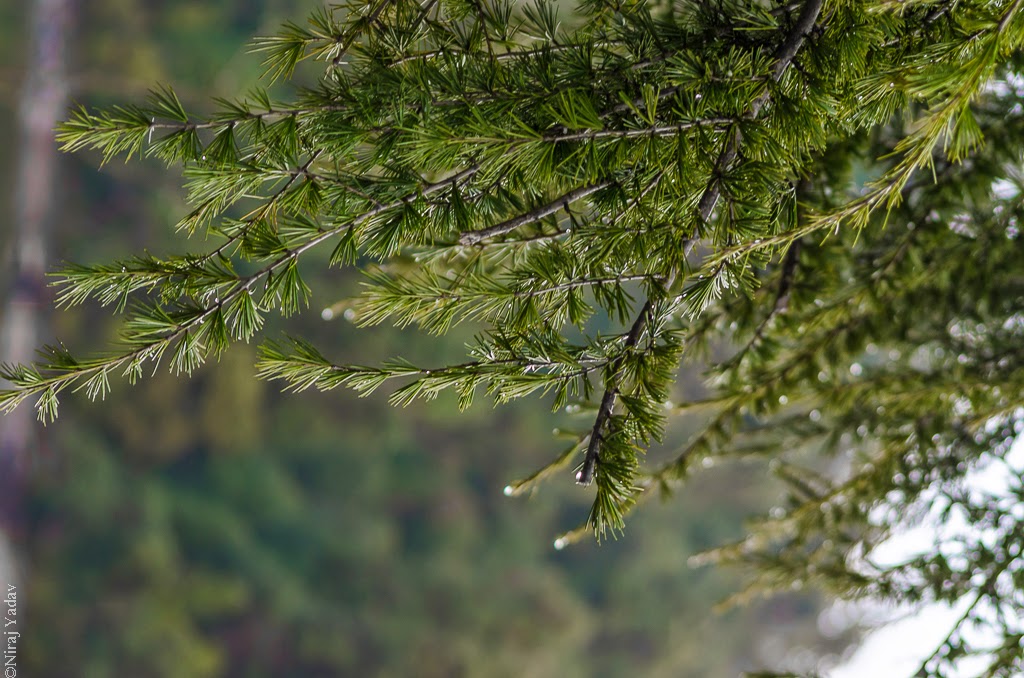 Pine trees in the of surrounding Deoria Tal 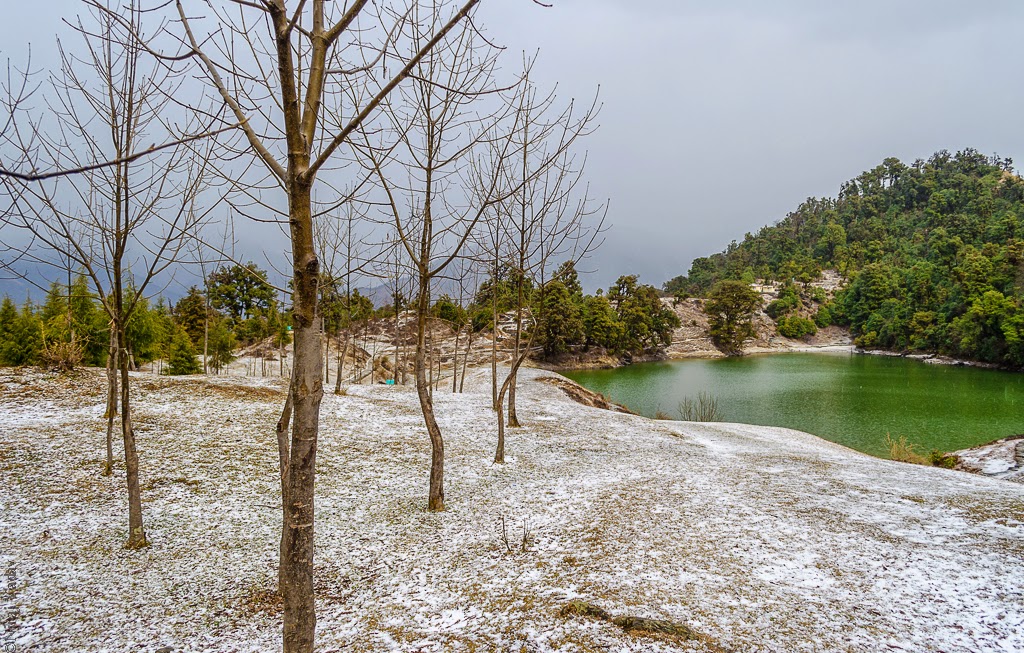 View of Deoria Tal. The scene also has some fresh snow. 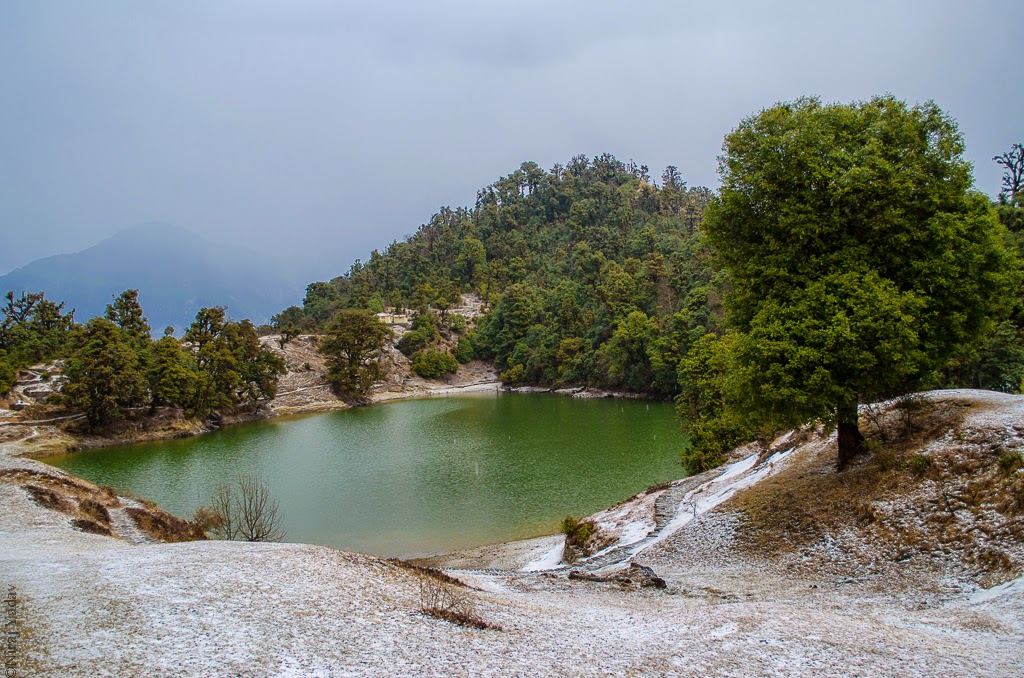 Another view of Deoria Tal 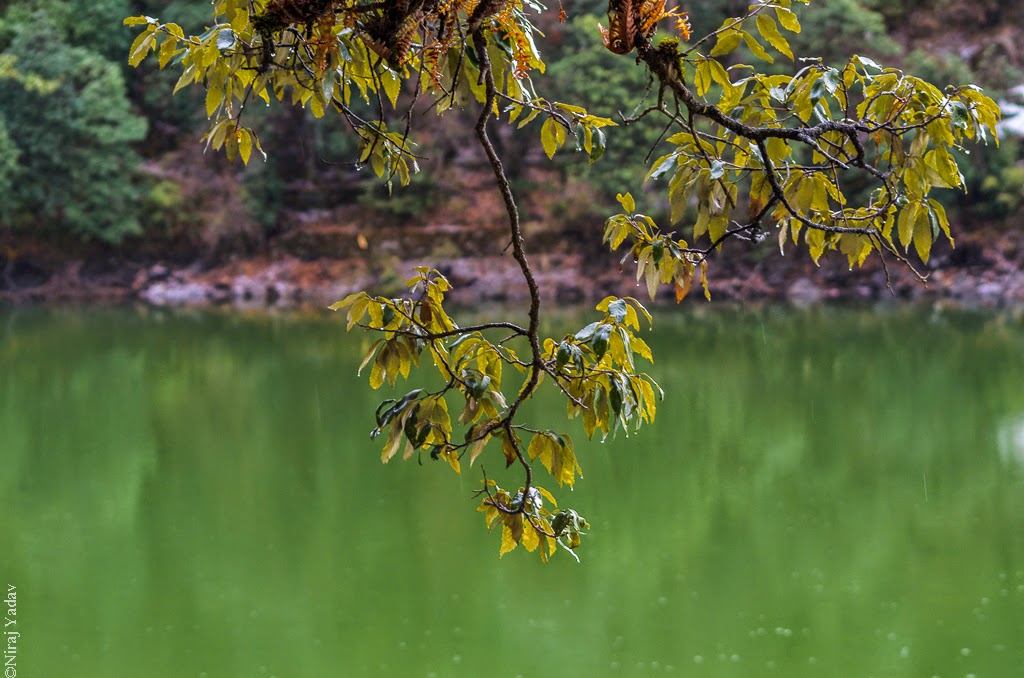 Deoria Tal waters. The level of water was much lower than in other months. Also due to breeze, the beautiful reflection of chaukhamba peaks could not be seen. 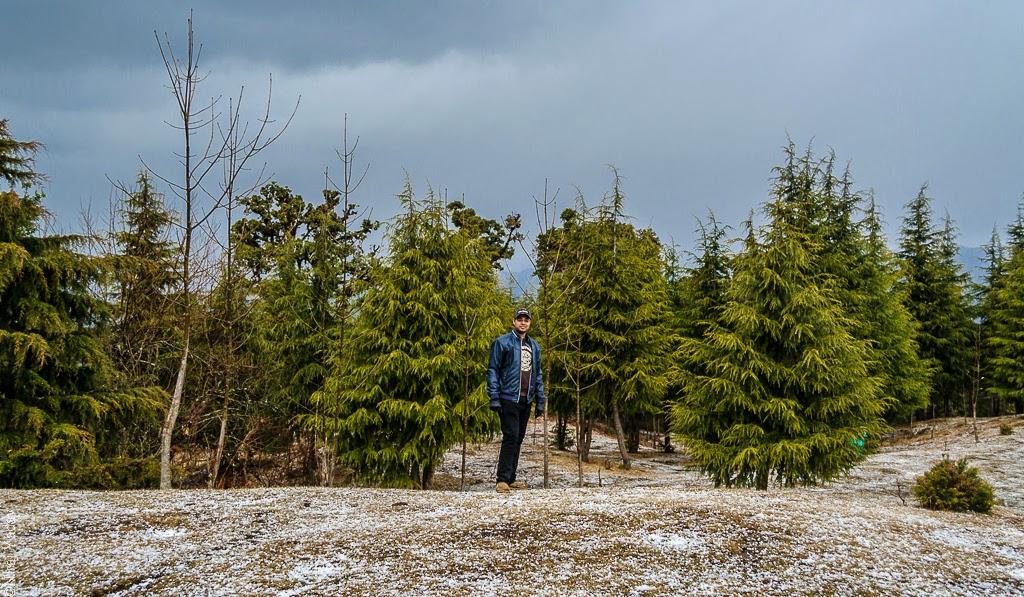 Thas me, the second lone soul there posing for a pic 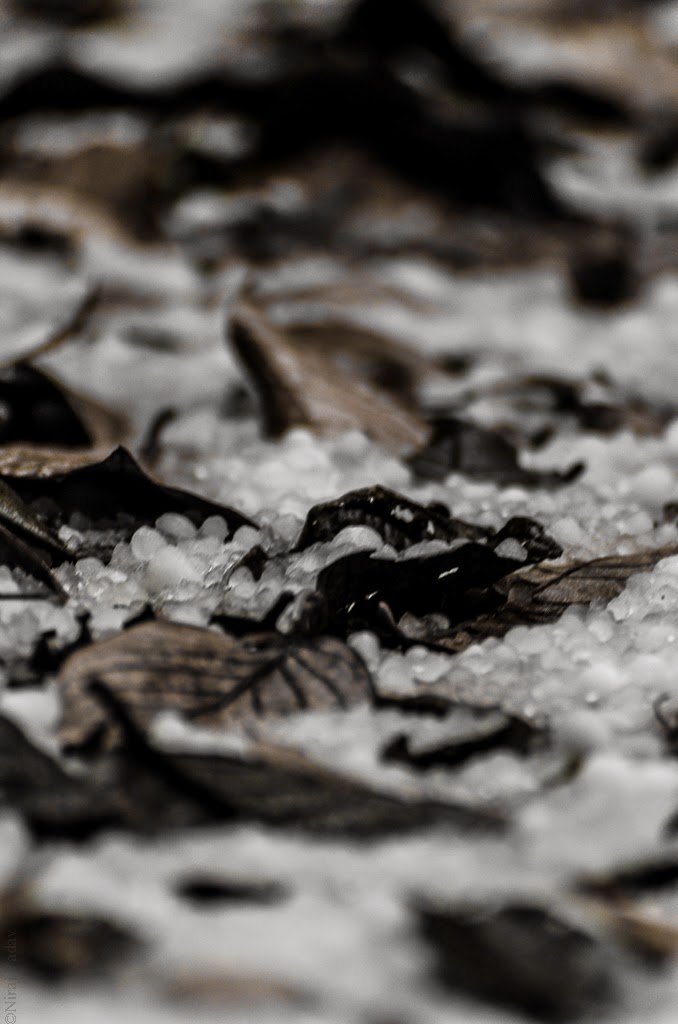 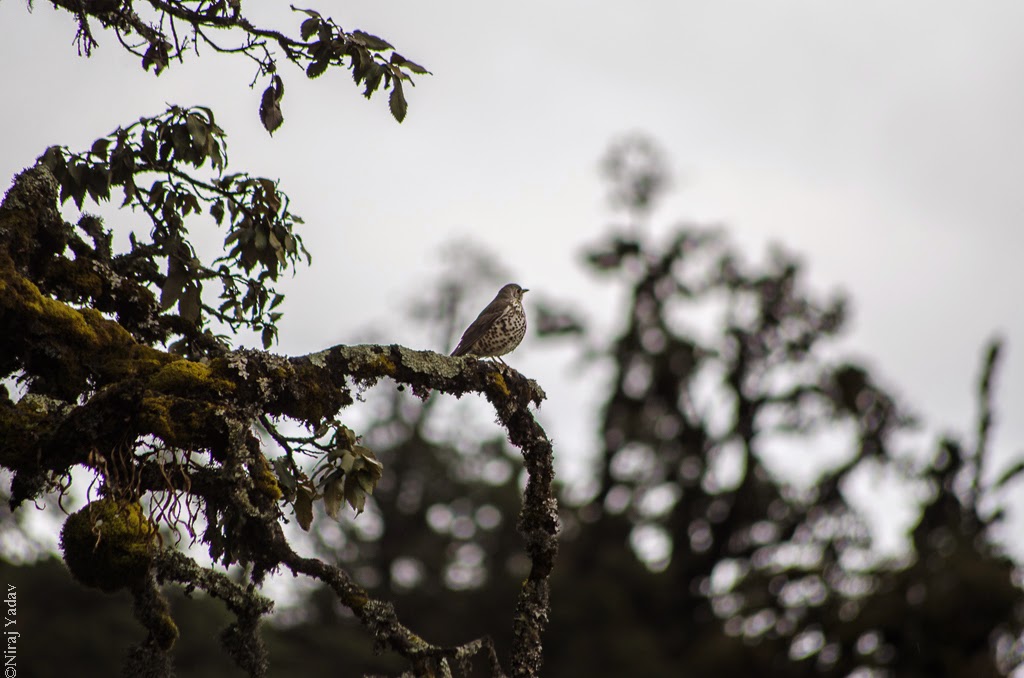 Beautiful bird at Deoria Tal. Wish I knew more about the bird. 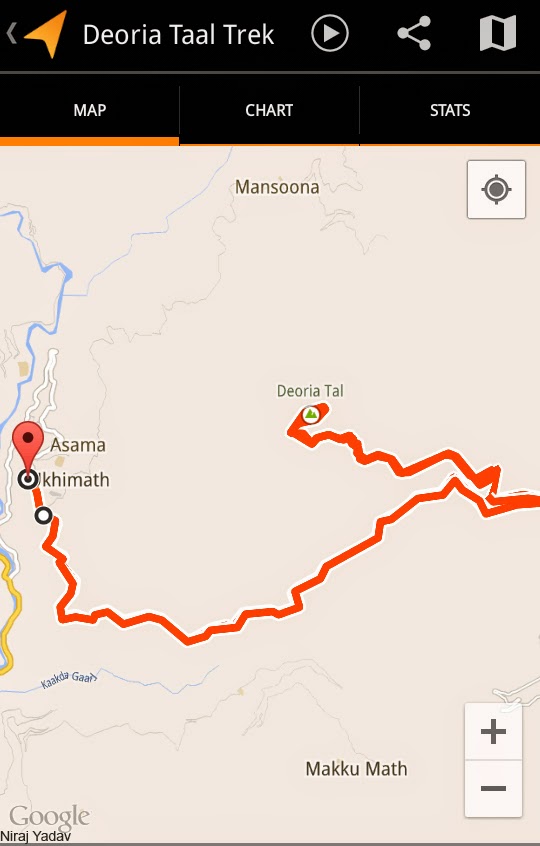 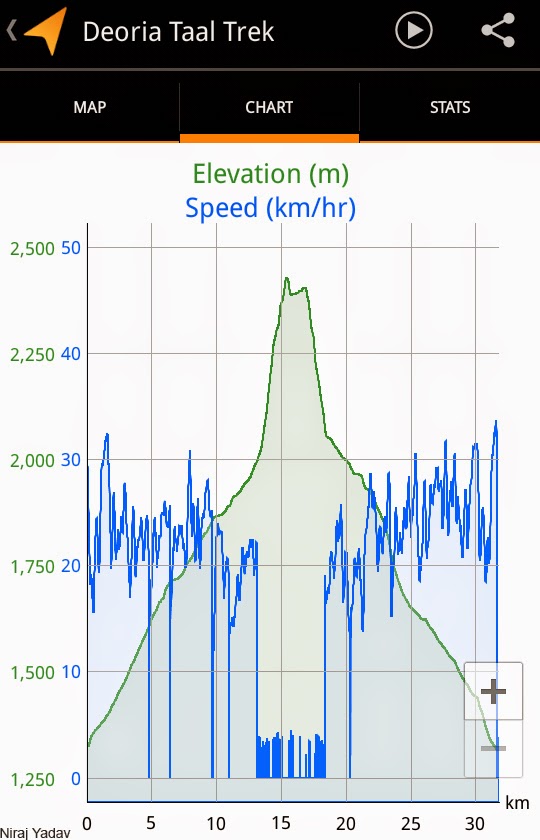 It was pouring throughout the route till Ukhimath. Reached GMVN Ukhimath and again had to take Coffee. Handed over his due and Thanked my guide and my friend Abhishek Singh.

Later, spent time chatting with Himanshu Agarwal from Dehradun. Himanshu is an expert in Rainwater Harvesting and he was in Ukhimath to provide a feasible solution of tapping water and using it for agriculture on the mountain slopes.

I was sure that I will get a nice sleep because of the exhaustion from the trek. Since this was the last phase of my journey and I was quite happy that all the things worked pretty well for me.

I had enough time to return Rishikesh tomorrow and use the remaining part of the day for local sightseeing in Rishikesh.